Quo Vadis, a novel of ancient Rome, is very long, but you won't want to put it down. This is the story of the love between a Christian woman and a Roman officer who eventually converts to Christianity. Nero is the emperor, (and a very decadent one at that), so there's great contrast between his riches and the simplicity of early Christianity. In the beginning it's hard to understand what is going on, but don't let that intimidate you. It's not at all boring, and though some parts are about romance, others are just gross.

Quo Vadis (Latin for "Where are you going?") has so much going on that I wanted to read the last chapter while I was only halfway through, but I didn't.

After you finish Quo Vadis, you'll feel like you accomplished something great. This is a book you will want to read over and over, every time understanding more. 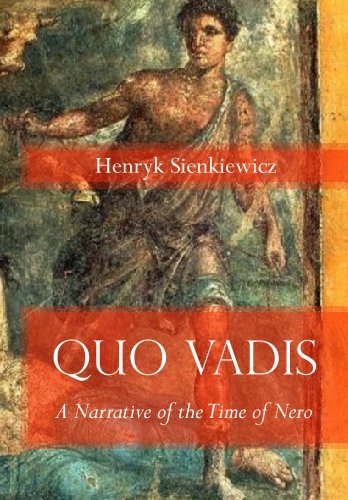