My sister and I were wandering through the bookstore's teen section, looking for nothing in particular, when she picked up a book with a picture of a child in a red devil suit.

"Come on, we need to leave," my mom said. With no time to scrutinize the book, I took a chance and bought it.

Zipped is the story of Mick Nichols. He lives the average teen life: he goes to school, holds a job, and has a secret crush. One day, however, his normal life is torn apart when he discovers his stepmother's scandalous Internet conversations with a man named Alexander. Torn between whether he should tell his father or keep the family together, he meets an unlikely friend who also has a secret.

On top of his difficult family life, robberies have been occurring in the gated community where Mick works. Right when everything seems like it is going to fall on top of him, Mick discovers who Alexander is and realizes all his problems are interwoven in an evil quilt of lies, hurt and anger.

This wife and husband writing team is unbeatable; they not only tell the story of Mick but also of his crush, Lisa. Guys and girls alike can relate to this book, which is a mix of genres including mystery, detective and a dash of romance. The characters and their feelings are described so that you feel like you're stepping into the characters' skin.

This book is a favorite and I recommend it to anyone because it has bits that appeal to all. 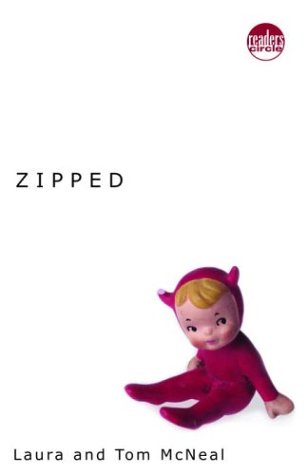