The Modern Library released a list of the 100 greatest English-language novels of the 20th century and number one was Ulysses by Irish novelist James Joyce. After reading it, I can say this was a wise choice.

Ulysses follows the lives of two Dubliners, Stephen Dedalus and Leopold Bloom, through a single day. Bloom is a lonely middle-aged Jewish man with a wife and a daughter; Dedalus is a school teacher who is estranged from his drunken father.

Stephen and Bloom make their separate ways through the hectic streets and taverns of Dublin. By the end of the novel, the theme is clear. Like the hero of Homer's Odyssey (hence the title), Leopold (Ulysses) has gained a son in Stephen (Telemachus), and Stephen's gained a father in him.

Ulysses is undoubtedly Joyce's masterwork. He shows command of the English language, as well as nearly a dozen others. Various literary styles are used to fit the theme of each chapter. For example, to show the commotion of a newspaper office, Joyce begins each section with a headline. A complete five-act drama is even included in one chapter.

Joyce's methods of characterization are very obscure, yet brilliant. People are not characterized by their actions or dialogue, but by their thoughts and fantasies. These inner monologues may be triggered by the smallest occurrence, then escalate into the meanings of life and death.

I recommend Ulysses only to experienced readers with a lot of spare time. At 783 pages, it takes 30-40 hours to read. Joyce's writing, although genius, is difficult to understand. But if you think you can get past these obstacles, should you read Ulysses? There is a simple answer that you will only understand after completing it: Yes. 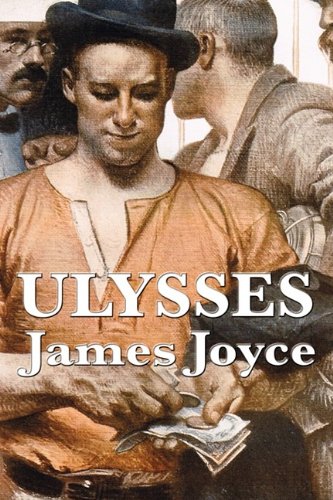