When I received this as a present, I was skeptical. But don't let the name of thistrue story fool you - you're in for a great ride with Seabiscuit.

TrainerTom Smith, who understands horses better than people, first sees Seabiscuit as amean, underfed horse at the lowest levels of racing. But when jockey Red Pollardsigns on with Smith and owner Charles Howard, they forge an unforgettable triothat turns Seabiscuit into a star. Seabiscuit attracted crowds comparable tothose of today's Superbowls, shattered over a dozen track records and had moremedia coverage in 1938 than FDR or Hitler.

The reader is carried onSeabiscuit's back through four years of disappointment, horror and exuberance.The book is not suspenseful, but it is exciting. I always wanted to know whatwould happen next, who Seabiscuit would race, if he would win or lose, and ifPollard would be injured again.

Hillenbrand's descriptions of the raceshad me jumping around in my seat. This was the first book I read about racing,and not only did I enjoy it, but I learned a lot.

Tom Smith's constant warwith the press and Pollard's wickedly crude humor put a sharp edge on an alreadyamazing book. There are no words to describe the experiences and emotions thisbook depicts.

It is impossible not to fall in love with the raggedy horsewho transformed into one of the fastest and most famous racing horses of alltime. 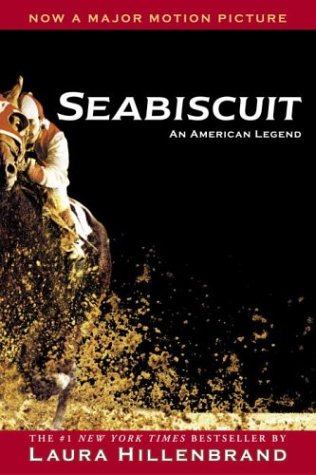 View profile
NIce revew. Some of the words weren't spaced and that made it hard to read, but other than that, I liked it.