Imaginegrowing up in Kentucky with an abusive, overly pious father, and then being sentto a remote island to live with relatives previously unknown to you. This is thelife of Una Spenser, the main character of Sena Jeter Naslund's bestseller,Ahab's Wife.

To save her from her father's emotional and physical abusebecause she refuses to accept his religion, Una's mother sends her to live withher aunt's family. While living with them on Nantucket, Una discovers many oflife's pleasures, such as eating a succulent plum on a summer day and being freeto live exactly as she likes.

When two visitors arrive, they captivateUna's attention, and she secretly leaves the island to journey into the worlddisguised as a cabin boy with them aboard the Sussex. Beyond the security of herfamily, Una has many adventures, both exciting and horrifying. Through these, Unalearns the importance of courage, and independence.

The story of UnaSpenser's life of adversity and triumph, and the people she meets, is absolutelycompelling. From the first page, the novel captivates the reader with a brilliantplot and complex characters. Ahab's Wife has the power to motivate any reader tolive life to the fullest, one day at a time, just as Una does. 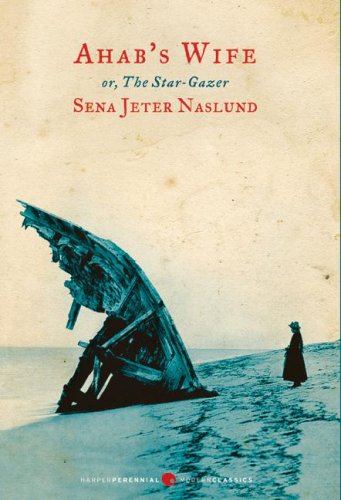 Favorite Quote:
The way to gain a good reputation is to endeavor to be as you desire to appear.

View profile
well written! when does it take place?