Fifteen-year-old Callie has a problem: she cuts herself.Now that her parents have found out, she's been sent to Sea Pines, a treatmentfacility where she'll be with other girls. Nothing seems to help Callie at"Sick Minds" (the girls' nickname for Sea Pines), and everyone's attheir wits' end when she refuses to talk to the counselor or respond to the othergirls. Callie must decide to help herself and face the issues that led to hercutting.

Cut is skillfully written with much that makes it memorable. Onepositive aspect that really stands out is the "normalcy" of the maincharacter. Patricia McCormick succeeds in making this a novel where we see Callieas a person with a disease, not just a case study of a disease.

Self-mutilation (cutting) is described so we can begin to understand itand move beyond saying "Yuck!" What makes Callie so realistic is theexpert writing about her feelings, thoughts and keen observations of life.

It is written, for the most part, in second person, and the"you" to whom Callie silently addresses her thoughts is her therapist.This is a very effective tool, since it shows the inner conflict Callie faceswith her feelings of skepticism about her therapist's ability to help her, aswell her own ability to delve into the past to find a reason for her cutting.

Finally, as the layers of guilt and pain are peeled away and she beginsto speak and reach out to the other girls at Sea Pines, Callie's healing begins.

For insight into the problem of cutting and hope for sufferers, look nofurther than Cut. Callie's powerful voice is unforgettable and will leave youthinking differently about the connection between self-mutilation and past pain. 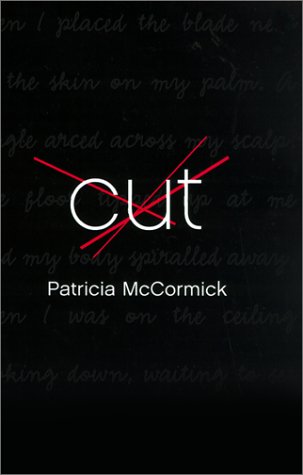