Everybody Smokes in Hell | Teen Ink

Everybody Smokes in Hell MAG

According to John Ridley, everybody smokes in hell. I guess when one has just stolen asong worth millions and is being hunted for a drug worth even more, one can'thelp but compare life to the infamous underworld.

Ridley, formerly awriter for "The Fresh Prince of Bel Air," has moved on to quick-pacedcrime novels. He successfully sticks to the working formula of his first novel,Stray Dogs, and offers a morsel of anarchy on every page of this 448-pagethriller. Everybody Smokes revives itself in its in-depth coverage that alwaysleaves the reader wanting more. Unlike other books that take up my time with aseemingly never-ending story, this one keeps its readers exactly where the authorwants them to be - satisfied.

Paris Scott simply wants it all. Theex-singer/ex-producer/ ex-writer turned convenience-store employee dreams ofbecoming a Hollywood star. But as so often happens in life, what we want is notwhat we get - what Paris gets is a dead-end job, an actress for an ex, and adrug-dealing roommate fated for a disastrous end.

The thriller begins withthe character identified as Filthy White Guy entering a convenience store andbusting the microwave. Paris, who opts for feeling sorry for this guy, thinks hewill not last five seconds in L.A. and gives him a ride home. The catch? Thisdrunken disaster resides in a mansion near Bel Air and turns out to be the leaderof a band whose likes can only be compared to that of Justin Timberlake. Ian, whoplans to go out with a literal bang, winds up dead just in time for Paris to cophis farewell collection of songs.

Paris, now chased by renegade recordproducers trying to capture "the last of Ian Jermaine," psychotic druglords (you'll have to read the book to find out about them), and his ownconscience skips along to an ending which can only be described asironic.

Due to its uncanny realism and trailing morality, I recommend thisbook if you crave the bitter-sweet taste of uniqueness. It reads more like ascreenplay (a result of its rhythmic character changes) and offers an inside lookat the lives of everyone from an insane, struggling record producer to a fed-upshow girl. Though the novel sometimes inches over the line of what is decent, itscurries back just in time.

This book shows that not everyone who goes toHollywood transforms into a star. Or, as Paris puts it, "That's when you gotwhat the town really had waiting for you: the pounding of a lifetime just forthinking you could get a little of what the city had to offer." 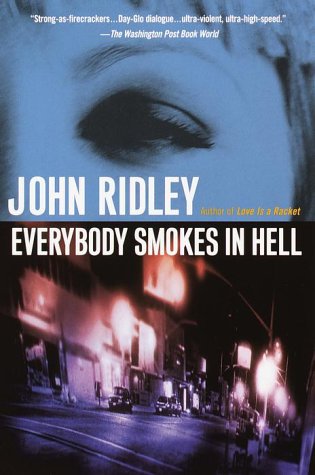