The Life You Imagine | Teen Ink

The Life You Imagine MAG

Haveyou ever had a dream you wished would become reality? Well, Derek Jeter did, andhis dream came true. The Life You Imagine looks at his life and shows how you canaccomplish your dreams. I loved this book, and if you like Jeter, or want toaccomplish a dream, you will too.

Jeter is a shortstop for the New YorkYankees, and in this book describes how he achieved his goal. When he was a youngchild, he told his parents he wanted to be a shortstop for the New York Yankees.They guided him along the way to carry out his plan. Derek's grandmother alsohelped him by getting up every morning to practice catching and hitting with him.She also took him to his first baseball game - at Yankee Stadium.

DerekJeter is the founder of the Turn 2 Foundation, which encourages kids to lead alife-style without drugs or alcohol. Derek is my favorite baseball player, andthe New York Yankees are my favorite baseball team. This book is remarkable, soif you want to read an inspiring book, you should pick this one. 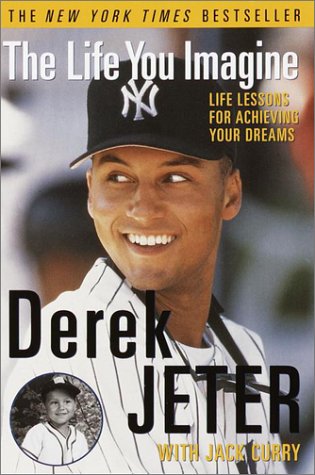