When The Legends Die | Teen Ink

When The Legends Die MAG

Ifyou are from the Southwest, you know how badly Native Americans and cowboys havebeen portrayed in books and movies. When The Legends Die will satisfy anyone'sthirst for a real-life Southwestern story. Set on the reservations of New Mexico,Utah and Colorado, this book follows the emotional and physical struggles of oneman in his quest to find his place in a white man's world.

After hisfather commits murder, Tom Black Bull's parents take him from the reservation tolive in the mountains. He is orphaned, and eventually is confronted by a broncorider named Red, who teaches Tom to ride broncos and swindle rodeos. Tom feelsawesome anger which he takes out on the broncos. He rides so many of them todeath that he is said to have an alliance with the devil.

In his lastrodeo, Tom is thrown from his horse and forced to stay in bed in a hospital formonths. After he recovers, he discovers a love for the old Indian ways he foughthis entire life to destroy.

Being from the Southwest, I was immediatelycaptivated by this book. Hal Borland creates a character anyone can relate to.This coming-of-age story will instantly be a favorite among teenagers searchingfor purpose in a sometimes confusing world. 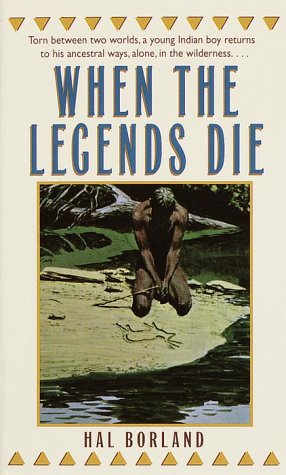