This is a real-life look at the tragedy of war and thehorror one American soldier faced afterward. The story is told by a blackPittsburgh man who fought as an infantryman and corporal in the Vietnam War andlater became a prolific author.

Patches of Fire shows not only the truedeleterious deeds of the war, but also the poignant attitude that follows. Thefear of men every day in war, the deaths of friends, killings, and the completionof daily duties during the Vietnam War are painted with the original colloquialcolor of Albert French. The story also describes his bouts of depression afterthe war, and how they drive him to become a shut-in, leaving his house only tobuy coffee and cigarettes. Nevertheless, he overcomes his troubles throughwriting.

Patches of Fire pays tribute to those who have given all in warfor our freedom. It sparks a new, necessary appreciation for veterans because itshows the death associated with war and how many gave their lives for all of us.War is ugly. Thankfully, we have men like Mr. French who have served our countryand who have written about the Vietnam War, giving my generation a second look atthe freedom we have. 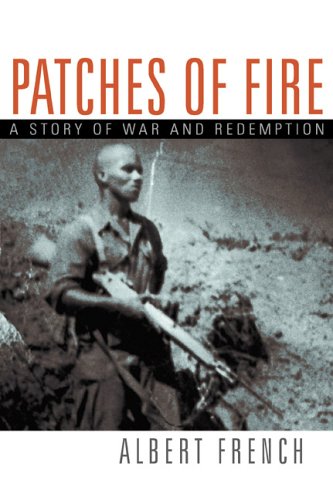