The Curious Incident of the Dog in the Night-time. | Teen Ink

The Curious Incident of the Dog in the Night-time.

“It is because I can't tell lies” (19). This is what the main character says in Mark Haddon's book, The Curious Incident of the Dog in the Night-time. Lying is such a foreign concept for Christopher, the main character who has some behavioral problems, because he doesn't understand why people lie and he thinks that lying leads to big problems.

Lies are dispensable for “normal” people but confusing for Christopher; therefore, his story is all about the truth. When he thinks about one lie, he starts thinking of other lies, which is the reason he gets very confused: “For example, this morning for breakfast I had Ready Brek and some hot raspberry milk shake. But if I say that I actually had Shreddies and a mug of tea I start thinking about lemonade . . .” (19). If he starts thinking about all the lies possible just for breakfast, there is no way that he could be able to lie about other complicated topics. This is why he can't understand how “normal” people can use lies very easily. Not being able to understand why people lie makes everything in Christopher's the truth. Proper novels mostly talk about fiction stories, but he doesn't like it: “This is another reason why I don't like proper novels, because they are lies about things . . . . And this is why everything I have written here is true” (19-20). Telling lies in a novel is okay for anyone, but still he tells the truth in his novel. This shows that he is very strict about telling the truth all of the time and it also shows why he can't tell lies.

The concept of lying is not at all in Christopher's head; he cannot ever understand why people use them and thinks that it leads to big problems. He believes that truth is the most important thing to know about, so we should all recognize the meaning of truth. Most people might not have thought about it so deeply, but I think this book is trying to make us change. We should all know about the importance of truth, and have a great time together with others. Lying to people will lead to conflicts and you might end up losing reliance from them. 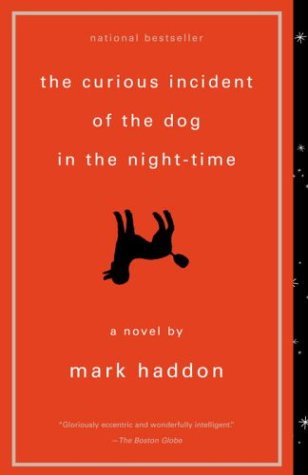