Lakshmi lives in a hillside village in the mountains of Nepal. In her village, having a tin roof is like having a million dollars. Her family has a mud roof. When the monsoon season comes, all of their families crops get washed away and they become more in debt than they were. Lakshmi wants to go to the city to work as a maid like her cousin did and send home the money to her mother, brother and step-father, but her mother doesn't want to hear a word of it.

One day, while Lakshmi and her step-father were in a store, there was a woman there looking for young girls to come and work for her in the city. Her step-father loves t his idea, every time they get money to use, he takes it and gambles it away at the tea shop.
After her mother see's that this is the only way that they could get money, she agrees and Lakshmi is off to the city. Lakshmi travels all the way to India and has to lie while crossing the border by saying that she is married to the man she is traveling with. When they reach their final destination, the Happiness House, Lakshmi still thinks that she is here to be a maid.
Mumtaz, the mean woman who owns the house, gives Lakshmi her first client. She closes the door behind Lakshmi and then she realizes that she is not here to be a maid. Since Lakshmi didn't do her job “willingly” Mumtaz locks her into a room and drugs her so that the men can do what ever they want with her. She also gets her hair cut, this is a disgrace.
After months and months of this “work” Lakshmi finds out that none of the money she makes is being sent home. Then an American comes, some of the girls in the house told Lakshmi never to believe an American because they lie and make fools of you. But this one is different. He said that she didn't have to do what she was doing and that he could help her. A couple months go by and she doesn't get help from the American until one day the police come, they come and they save her. 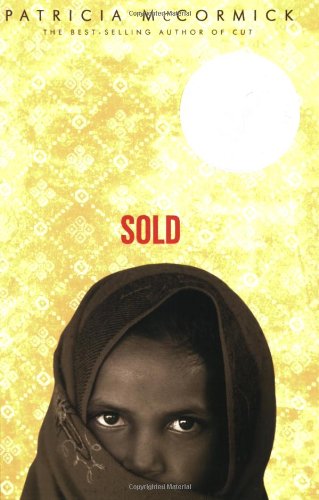