This book Road To Memphis is a great book about a black family named the Logans living in the time around WWI & WWII.Their two oldest children Cassie and Stacey take a trip up to a town called Jackson so they can go to school and get jobs. Unfortunately while there up there one of there good friends Moe breaks the law and they have to get him away from there so he is not sent to jail or even killed. So the decide to take him up to Memphis to live with the Logans uncle Hammer. Stacey, Cassie, Willie, Clarence, and Moe all head out to memphis. On there way they run into alot of trouble with some white folks and have to be very careful. There friend Clarence has a girlfriend back home that is pregnant with his child, so this ride is hard for him. They make it about half way there and Clarence starts getting really sick so they try to take him to the hospital but that doesnt turn out as well as planned. Fortunately they find someone that will look after Clarence while they head up tp Memphis. They finally make it there and get Moe a train ticket to Memphis. They have to stay overnight though because there car needs repairs. There is a little love story within this book but i don't want to spoil it for you readers. They are ready to head out now but on there way back they stop to pick up there friend Clarence and find out that he hadn't made it through the night. Once they get home they have to tell his girlfriend Sissy the bad news. She doesnt take the news well, nobody does. They have a very sad funeral for there dear friend. Then Stacey, Cassie, and Willy head back to Jackson to get back to there schooling and try to get there jobs back. That is a summary of the dramatic book Road To Memphis. 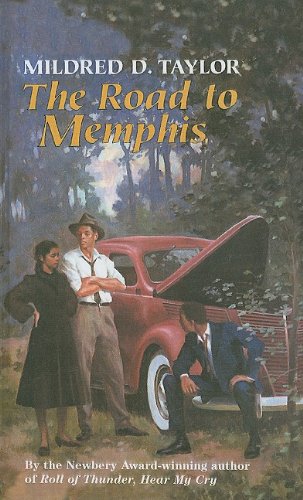