Unless you've been living under a rock or at the bottom of the ocean the past three years, you know what Twilight is. If not, go ask the nearest teenage female you can find and she will happily launch into a ten minute synopsis of each book and why either Edward or Jacob is better.

In my opinion, Twilight is the worst piece of literature written.

Now, as angry fans attempt to kill me and send me threatening emails, let me continue to explain.

One big thing right off the bat I absolutely detest is the main character, Isabella Swan. She's a two dimensional character - any girl on the face of the Earth can easily slip herself into Bella's shoes. Stephenie Meyer even does, considering Bella is easily interpreted as a young version of Meyer herself. Bella Swan is also the biggest Mary-Sue character I have ever seen, which Meyer tries to hid with the fact she is clumsy. For those of you that don't know, a Mary-Sue is someone who is practically perfect in every way, everyone on the face of the planet is in love with her, and so on. It's annoying.

Now that you know about Bella, let's move on to the main male character, the ever so perfect Edward Cullen. He's a vampire.

Meyer states in the book that he's the vision of a God, several times in fact. We get it - he's handsome. You don't have to repeat yourself. He has some sense in the beginning of the book because he tries to stay away from Bella. Which he should have from the start, considering she basically brought hell upon his family.

While we're discussing Edward, I'd like to say something about their relationship - this includes the other male, Jacob, who is a werewolf. Or at least, so we think the first three books. He's actually a child of the moon - which is basically Meyer saying he's a generic werewolf.

At one point, when Edward leaves Bella, she goes into this deep state of depression and doesn't do anything for about 5 months. Just sits in her room. At one point later, she even dives off a cliff when she becomes an adrenaline junkie, merely because it lets her hear Edward inside of her head.

The Twilight Saga is mostly about Bella's choice between Edward and Jacob. Meyer is showing that boys are clearly more important than anything, and that you should just drop all of your friends and ignore your family because of boys. Bella ignores her father for most of the books, and chooses instead to go chasing after the mythical vampire and werewolf because she just has to have a boyfriend or she'll die without one.

But with this, Meyer is giving unreal expectations to millions of girls. Now, every girl thinks Edward Cullen or Jacob Black is going to come waltzing in and sweep them away.

It's not going to happen.

Guys like Edward and Jacob don't exist. They're not perfect - in fact, a lot of guys are nothing but jerks. Vampires don't exist, and even if they did, I'm sure they would be more like the traditional vampire. They wouldn't go to high school, they wouldn't sparkle in the sun, and they would kill you the second you walked into the room. None of this being 'vegitarian' and feeding on animals.

What the hell happened to the real vampires anyway? I'm not entirely sure where Meyer got her concept for them, but they are the most idiotic things. As I said previously, when they go into the sun, they sparkle. A REAL vampire would have burst into flames almost instantly. They wouldn't drink the blood of animals - they would come after YOU and devour your blood to keep themselves alive, and not really care if you were in love with them or not. Normal vampires have no soul, but in Twilight, there's practically an entire chapter devoted to when Carlisle Cullen, Edward's 'father', states that their souls aren't damned for all eternity and that they still have a soul in some form.

In case he hasn't noticed, he's dead. If you're dead, you have no soul.

Then again, Edward and the rest of his family aren't technically vampires. By literary definition, a vanoure us a seductive person who uses and abuses others before casting them aside in order to better themselves.

None of the Cullens fit this. Perhaps the Volturi - who are the ruling family in Twilight - fit it, but Edward does not. Therefore, he isn't a real vampire. Just because he killed a deer or mountain line doesn't make him fit that criteria, either. So stop calling him a vampire, because then you're a liar.

Because Meyer practically made up this type of 'vampire', she also sets up rules the entire series. They can't eat human food, they can't sleep, and most importantly, they can't have children.

However, in the fourth book, she literally throws that last rule out the window, seeing as how Bella becomes pregnant with a vampire hybrid that nearly kills her.

What I don't understand is the fact that Edward is technically dead. There is no bodily fluids - including sperm - within his body, except for venom. Last time I checked, venom doesn't magically turn into sperm. So how did Bella get pregnant? Meyer comes up with the half-ass excuse of calling Edward an incubus. Then Bella gives birth as the baby breaks her spine, is turned into a vampire, and they continue to live as a family of freaks happily ever after. The end.

There are plenty of things wrong with Twilight. Meyer may think it's the greatest thing ever since she's managed to sucker millions of people to believe the garbage she's written is the best thing since sliced bread, but I see through her logic. 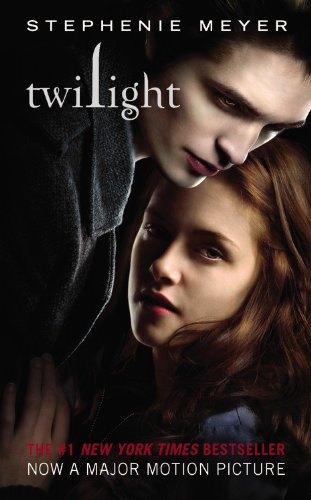 
Buy from Amazon
The author's comments:
Why I hate Twilight. Or in which where I tell why Stepehenie Meyer should never write a book about vampires again.
Post a comment
Submit your own

View profile
I absolutely agree with you about this. Twilight is nice escapism simply because it appeals to every girls inner teen fangirl. But that is all. To say the story is poorly written would be an understatement, and the characters are so one dimentional they are almost see-through. It is painful for a hardcore Harry Potter fan to hear the question 'is twilight the next HP' posed. The difference between Twilight and Harry Potter is that Twilight is a story and Harry Potter is literature. The difference between Stephenie Meyers and J. K. Rowling is that Meyers is a storyteller and Rowling an author. Nothing can ever take the place of  book like Harry Potter, especially nothing as ditsy and unsubstantial as Twilight, a one time read that quickly looses its glamour as the story progresses.