Lock and Key by Sarah Dessen

Love, trust, acceptance, rejection, loss and moving forward are all themes expressed in this fast paced novel. Abandoned by her mother, 15 year old Ruby knows something is wrong when her mother doesn’t come back after several months, but she believes she is fine on her own. She is annoyed and frustrated when her landlords eventually discover her living alone and turn her over to social services. Eventually, she is reunited with her older sister Cora, who Ruby last saw when she was 5, walking out of their house, never to return (or so Ruby thought). What Ruby doesn’t know is that her mother made a promise to her sister that she would never hit Ruby, because if she did, Cora would take her away.


Now, 10 years later, Cora has rebuilt her life with a husband, a large expensive house and a good job. Since Ruby and her mother always moved from house to house, she has never has a place to call “home”. She doesn’t want to settle in and be comfortable and so tries to escape continually. She feels as though she’s a burden to her sister and believes Cora doesn’t want her. She ends up going to an expensive private school, getting to know her neighbour, Nate, making friends and getting a job. She soon finds out that she doesn’t have to cope on her own and people won’t abandon her like her mother did. Perhaps the biggest lesson she learns is: there is a big difference between be offered help and being able to accept it. She realizes that sometimes it takes reaching out to someone else to really accept the past and move on.


With a very realistic plot and well developed characters, this novel is hard to put down. I read it in one day and was captivated by the emotion that poured from the pages. You are taken on a journey along with the characters as they grow and change throughout the course of the novel. I felt as though I’d been on a roller coaster after reading the book but I didn’t want it to end. All her books have a person feel to them and make you feel as though she is writing them just for you. I’ve never come across another author like Sarah Dessen who writes s so well for the teen market. Lock and Key is one of Sarah Dessen’s best. 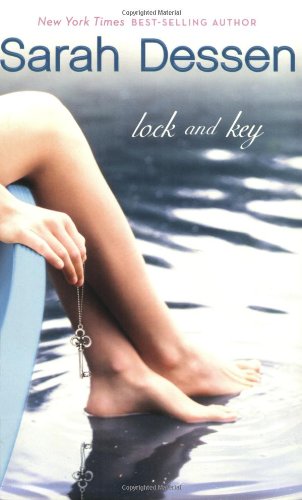 
Buy from Amazon
The author's comments:
I was bored and wanted to see if I'd improved. Let me know what you think!
Post a comment
Submit your own

This is a really good review!

I've read the book , and I do believe you summed it up very well :)

View profile
Good review!  You did give a bit much away in your summary, though.  And there's also that typo in the sentence: "...Dessen who writes s so well..."
BrokenInnocence said...
on Dec. 15 2010 at 8:27 pm
i have read all of sarrah dessen (think im addicted) and have read this book qite a few times and i think you hit it just right :)
amandap PLATINUM said...
on Dec. 5 2010 at 6:32 pm
amandap PLATINUM, Midlothian, Virginia
31 articles 0 photos 183 comments
View profile
great job! I was thinking about reading this book a few months back, so I think I'll pick it up now and see how it is for myself!
MiaInRed BRONZE said...
on Nov. 14 2010 at 1:01 pm
MiaInRed BRONZE, Upper Darby, Pennsylvania
2 articles 0 photos 1 comment

Favorite Quote:
Til' death do us part.

Favorite Quote:
"Life. Don't talk to me about life."
~Marvin the Paranoid Android (from the Hitchhiker's guide to the galaxy series)
Statistical analysis suggests that i am probably in tune with someone
(hahahahaha! I love this cause i'm never ever ever in tune >o

View profile
I've read a couple Sarah Dessen books, but not this one.  Some of my friends have read it, and they say that it's really good. Great Job!
PrincessSparkle GOLD said...
on Nov. 11 2010 at 6:32 pm
PrincessSparkle GOLD, Flint, Michigan
11 articles 0 photos 53 comments

View profile
I am an Avid Sarah Dessen reader and Loved the way you described this book. I have to say though there were a few technical errors. First off, Shes 17. And Second, she was 10 when her sister left for college. Just saying. But loved the way you really captured the art of this book.