In anticipation of Suzanne Collins' third and final Hunger Games novel, Mockingjay, I was among the crowd of impatient fans ready to flip through the pages at a papercut-worthy speed. Which is why, as I grew closer to those fateful last pages of the series, I felt disappointment pushing through my thoughts.

Mockingjay wasn't at all what I expected. I knew the story would have to be dark like its predecessors (more so, since it was about war),
but I had no idea how dark it could be.

By the end, Collins writes of so many horrific deaths in such a short time that there is no breather. Her message is pounded into our minds with each slaughter: war is bad, War Is Bad, WAR IS BAD! And yet her writing lacks grace or subtlety. What should have been a sad yet sincere conclusion transforms into a contrived, deliberately alienating story with no regard for the characters who originally brought the books to life for readers.

And yet, with all the pandemonium of war, there was quite a bit of boredom jammed into Mockingjay. At least half the book is spent with a humorless Katniss, deep underground in District 13, with hardly anything happening. And when something exciting does occur, we only learn of it after the fact. This summary-style delivery comes across as the technique of a lazy author who was tired of writing full-action sequences. Instead, we end up with a protagonist conveniently absent of any importance (until the deaths begin, that is).

Overall, Mockingjay is an immense letdown. Personality, subtlety, and closure are sacrificed for the all-too-prominent anti-war message Collins hurls at readers. I would advise fans to hold onto the characters they love dearly and make up their own finale, rather than experiencing the blow to the stomach that the final Hunger Games book inflicts. 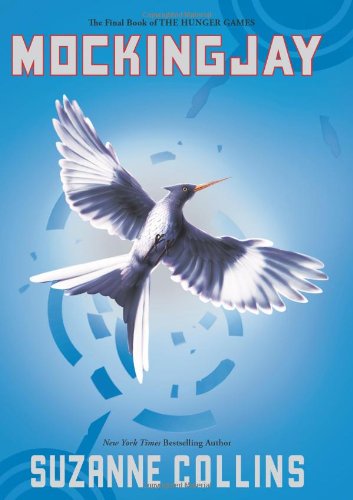 Bonzi said...
on Jan. 8 2014 at 9:30 pm
The last Hunger Games was alright. The reason I was not in love with this book (even though I flew through the reading) is because it lost the effect of true hunger games. The main idea of being this hunger games sort of lost my interest even though there was success in the end. Therefore, I did enjoy reading about the progress Peeta was having in his recovery and once they were filming in the capital grounds and things went wrong they grabbed my interest and I couldn't stop reading. I'm excited to see the movie and jazz up the book like the previous once have done and hope this could help reflect some of your feelings on the book.
Garrettds said...
on May. 1 2012 at 3:31 pm

When I set down the book after having finished it I felt hollow, empty – wanting more. Mockingjay leads you on a fantastic journey that exceeded my expectations. Back in the beginning with The Hunger Games I latched onto the general plot, and it was interesting and easy to follow. As the storyline progressed you could begin to make predictions as to how the book would play out. I believe readers thought Katniss would eventually pick Gale or Peeta and live happily ever after with him, surrounded by her friends and family. Then somehow, along the way, Katniss would prevail over the awful President Snow and stop the evil Hunger Games for good. But the book takes away those beliefs and comforting thoughts.

Mockingjay leads the reader on a twisting plot that changes the way the reader sees the outcome. Katniss comes to the revelation that she is as much a pawn for District 13 as she was for the Capitol, and she slowly comes to the revelation that there is evil everywhere, not just in the Colony.  The book also strips away the reader’s beliefs that somehow all of Katniss’s close friends would make it through unharmed or even alive. Mockingjay gives insight into how war and its mechanics work, and the stark and brutal reality of it is that not everyone makes it out. And those that do are scarred for the rest of their life. This was a fantastic book and I thoroughly enjoyed it.

I honestly have no idea what book you read. How was Katniss not involved in any of the action? Maybe the first seven chapters she wasn't but for the other TWENTY she was in the midst of it all. And that's when all the real action happened anyways.

It wasn't suspenseful?? This book had me on the edge of my seat more than even the first two did. If anything THG had the least action since virtually half of the book was either her preparing for the Games or her and Peeta sitting in a cave. (BTW I LOVED THG; I'm just stating a fact.)

All of the deaths were rushed? Excuse me, but weren't they in the middle of a WAR? You can't expect them to break down and burst into tears and spend chapter after chapter mourning a death. In that time, they all would have been killed. Soldiers don't stop to mourn the death of their friend in battle. They finish the mission and then mourn.

This is the only book in the series that made me burst into tears. It left me wanting more. THAT'S what a good book is. Life isn't always happy, and if art imitates life and literature is a form of art, it shouldn't always be happy either.

Seriously, I think you need to go read Mockingjay by Suzanne Collins, 'cause it obviously isn't the book you reviewed.

Brookealee said...
on Mar. 26 2012 at 10:43 pm
Brookealee, Gilbert, Arizona
0 articles 0 photos 8 comments
View profile
All the points you made were valid. While I did enjoy the chance to wrap up the series, I was disappointed that Mockingjay lacked the suspense and thrill of the first two novels. However, I can at least be content with this impeccable review. :)
BlurryWords said...
on Feb. 27 2012 at 10:49 am

I completely agree. After reading the first two books in the series and finding them two very well written, rather graceful thrillers. I was rather let down by the finale.

I can't say I hated it and I am glad that I have read it, however it seemed to hold a lot less impact than the first two stories and I believe this was because of lack of emotion. Throughout the story we only ever really feel Katniss' depression. I know that Katniss was ever a happy character but I always thought she was a deep character and throughout the third book, she just seemed rather monotonous.

I agree with you on so much of your review, I was really hoping for a good finale to an amazing series but, unfortunately, there was no such luck.