The Chronicles of Narnia: The Voyage of the Dawn Treader by C.S Lewis | Teen Ink

The Chronicles of Narnia: The Voyage of the Dawn Treader by C.S Lewis

Edmund and Lucy (along with their reluctant brat of a cousin, Eustace) step through a painting and find themselves on the high seas, aboard the Dawn Treader, for one last feat: Locating the seven lost lords from the reign of Caspian IX and, in doing so, reach the very edge of the world.

The Voyage of the Dawn Treader is the final adventure for the Pevensie children and the first for our new hero, Eustace Clarence Scrubb (a name which he almost deserved). Excluding The Magician's Nephew, this is the last book featuring these beloved characters and their exploits; Edmund and Lucy will pass their baton on to their younger cousin. Eustace will return two more times with Jill Pole, in The Silver Chair and The Last Battle.

Many people do not like this “graduation” period of former characters, but in my opinion, C.S Lewis wrote the series as a mirror of our world by adding the characters out-growing their time in Narnia. In The Lion, the Witch and The Wardrobe, Lewis' dedication to Lucy Barfield says,

I wrote this story for you, but when I began it I had not realized that girls grow quicker than books. As a result you are already too old for fairy tales, and by the time it is printed and bound you will be older still. But some day you will be old enough to start reading fairy tales again. You can then take it down from some upper shelf, dust it, and tell me what you think of it. I shall probably be too deaf to hear, and too old to understand, a word you say, but I shall still be

Many people outgrow the love for magical fairy-tales and make believe. In the same way, Aslan understands that the children will outgrow their love and belief in Narnia. He knows that they need to be given an opportunity to learn how to live in their own world. The Pevensies don't understand, nor do they particularly like this decision (as many of the fans abhor this graduation) since they all would have rather stayed in Narnia.

But just like Lewis said, Lucy would one day return to her enjoyment and belief in fairy-tales, the return to the new Narnia in The Last Battle gives three out of the four Pevensies a chance to return to that childhood belief.

Now that does not in anyway mean that this book is unable to be enjoyed. Actually the complete opposite. Just as Alice's Adventures in Wonderland and Through the Looking Glass became classics loved by children of all ages, the same is true for The Dawn Treader. This lack of plot does not take away from the story or magic, but enhances it, allowing more time for many different adventures to take place and more magic and more innocence; something needed desperately by today's children. 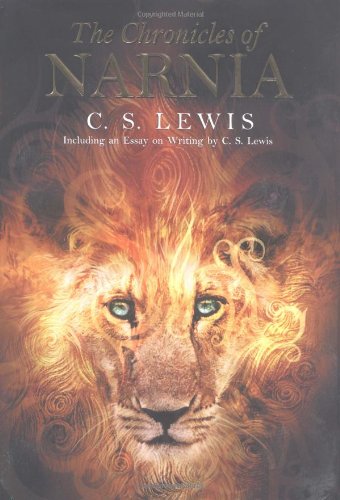