The Boy from the Basement by Susan Shaw | Teen Ink

The Boy from the Basement by Susan Shaw

This book is simply about a boy who is being abused, but does not realize it. He does something that his father tells him never to do, and that’s going outside. His father forces him to live in the basement for most of his life. Each and every day he sits down there, waiting for his father to say, “Okay Charlie, punishments over. You can come upstairs now.” But it never happens. Charlie is forced to sneak outside every single night to go to the bathroom, when his father is asleep. But this one particular time he goes outside, he accidentally gets locked out of the house and is afraid that his father will really punish him if he finds out what he did.
Charlie wonders out in the street and passes out. When he awakes, he finds himself in a hospital. These people scare him because he has never been in the outside world before. He is so afraid that father will come to get him and force him back in the basement. He is told he is very sick and they nurse him back to health. Then he is sent to a foster home and is told he can’t be with his parents anymore, because they are bad people. His father is then sent to a mental institution. Charlie soon gets over his fears and lives the life he never had. 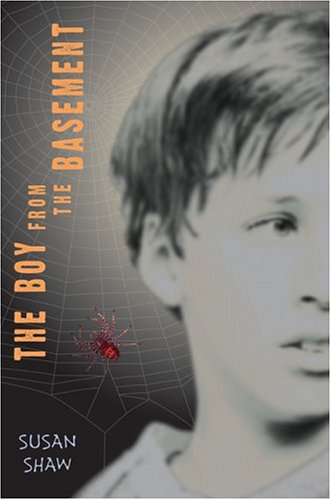 
Buy from Amazon
The author's comments:
I found this book so sad and touching. I can't believe I stumbled upon it by accident. Definitely recommended.
Post a comment
Submit your own

View profile
When making a review, do not give the story. Give only the start and let people know the ending by letting them read the book, not your summary. Hope I helped :D

Oh, include your opinions and comments about the book in the review it self. Good luck.

View profile
Ok thanks. I'm a new writer and this is my first book reveiw. I really liked this book and I guess I got a little too excited and gave away the ending. But the advice is really appreciated
WritingSpasms said...
on Jun. 21 2011 at 2:10 pm
WritingSpasms, Los Angeles, California
0 articles 0 photos 121 comments

I liked the summary, even though the ending was given away. The formatting was a bit iffy, but everyone goes through complications like that. Overall, it was pretty good. But I would suggest maybe a paragraph on whether or not you recommend it and a more in depth explanation on how it touched you.

View profile
Thanks for the advice! I will definataly take this advice into consideration!
CarrieAnn13 GOLD said...
on Jun. 21 2011 at 8:59 am
CarrieAnn13 GOLD, Goodsoil, Other
12 articles 10 photos 1646 comments

View profile
This was a good book review.  You seem to definitely know the plot line because of your excellent summary.  But in a book review, you shouldn't give away the ending too much.  Let the reader be interested in your review, read the book themselves and find out the ending!  You also could have separated that long paragraph into two different ones so it's easier to read (I know, formatting submissions is hard, but I'm just pointing this out).  You also could have stated why you loved this book and ending with a recommendation.  But that's not something every book reviewer does, so it's completely your choice.