The Scarlet Pimpernel by Baroness Orczy

Yearning for a heart-twisting, mind-clenching mystery that will have your eyes drifting word after word as you grow closer to the heart—and secret—of the novel?

Full of suspense, full of promise, full of betrayal, full of guilt, The Scarlet Pimpernel isn’t just your everyday novel. You remember the Reign of Terror, or you’ve heard of it, and you know what happens if you’re a French aristocrat—you fall under the hands of Madame la Guillotine.

And this seemingly unavoidable fate has only one sheer thread of hope to escape—and that is at the hands of the Scarlet Pimpernel. Known only as a dashing, young, witty English fellow, he takes on dangerous journeys to undergo the rescue of French aristocrats from the government at the risk of his life. And, like all stories, a threat arises that puts Percy and Marguerite Blakeney, the ‘it’ couple of the olden times, in the middle of a great chase led by the malignant Chauvelin, and they soon find themselves drifting closer and closer to the one man they have mysterious ties to: the Scarlet Pimpernel.

In my eyes, it wasn’t a regular novel where love conquers all because of the action and frustration involved. It was much more, setting it in a crisis like the Reign of Terror, and putting a ‘modern’ twist on it, giving it flare and hope. It’s a novel I’d read again. 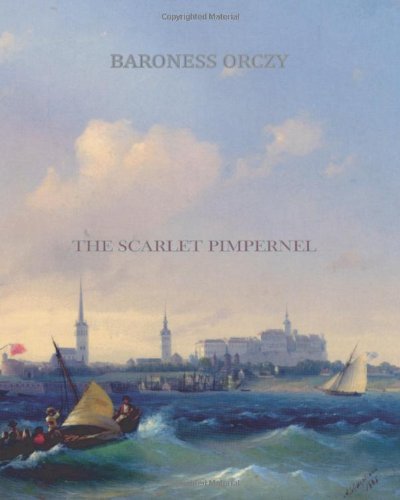 
Buy from Amazon
The author's comments:
I am a huge fan of historical fiction, which was what drew me to this book in the first place. I hope that anyone who decides to read it enjoys it as much as I did. :)
Post a comment
Submit your own

View profile
Great review!  It had lots of your opinions (and justifications for them) and it was well-written.  You might want to summarize the story a tiny bit more though.