Most people enjoy having a firm sense of identity. I, like most people, prefer this as well. I have my likes, my dislikes, my beliefs, and I like knowing what those are. For example, I know I like chocolate, dislike country music, and believe that truly bad people deserve to be punished. So when presented with The Talented Mr. Ripley by Patricia Highsmith, and told that it will put you at war with yourself, most people would refuse the book. However, I was not told this, and read it, completely unaware of the consequences of reading it. Within the first twenty pages or so, I thought I had a good sense of Tom Ripley’s character. He’s a pitiful excuse for a human, with no care for the well-being of others, and deserves to be locked up in a miserable cell somewhere. The reason for my harsh judgement is my belief in fair justice, something I pride myself in. However, I also believe that some people deserve second chances. So when Ripley is presented with a chance to start anew in Italy, make some good friends, and get away from the filth in New York, I immediately jumped on the ‘Salvation for Tom Ripley’ bandwagon. Somehow, Highsmith managed to pull my heartstrings, and trick me into excusing Tom’s errors, putting the blame on peer pressure and bad conditions. At the time I was ignorant to Highsmith’s slyness as an author, but that was the first of many tricks played on me through my read. The second appeared when the friendship between Tom and Dickie, the man Tom was supposed to be bringing back to America, spiraled downwards, causing Tom to become jealous and have thoughts of murder. Before reading the book, that would have sent off alarms for me, telling me to revert to my original opinion of Tom. But it was too late, Highsmith had made Tom Ripley so likable, so clever, and so charming, I thought that Tom Ripley was a good man, and that he could do no wrong. The most horrifying fact about my newfound and irreversible opinion of Ripley was that even after he had killed his best friend, I found myself rooting for his escape. Tom Ripley is a bad man, without a doubt. And normally, I would have completely agreed with that, because I have, or had, a strong moral compass. However, Highsmith had mysteriously gotten my past beliefs to melt away, leaving me at war with myself. Some pages I would want Ripley to be locked away, while others I wanted to see him free from accusations and lies. Though some people would not like that feeling, I found it fantastic. It was almost exhilarating to put the book down, and have to pause to find myself and my morals again. I commend Highsmith for being so a talented writer that she can control her readers so easily. Add that aspect of the book to the beautiful description of setting, fantastic character development, and brilliant plot, it easily makes The Talented Mr. Ripley a book well worth reading. 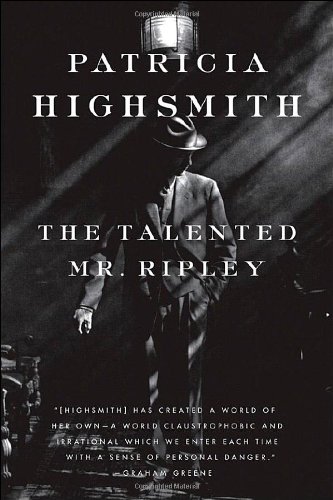 
Buy from Amazon
The author's comments:
I LOVED this book. Btw.
Post a comment
Submit your own