The book I read is Secret Life of Bees by Sue Monk Kidd. It is a story of a young Caucasian girl named Lily Owens who helps her African American housekeeper, Rosaleen, escape from the jail’s medical room and get away from Lily’s father, T.Ray. Rosaleen got put in jail because woulddn’t apologize to a white man for standing up for herself. They find refuge in an African American household where honey is made with love.
This story takes place in the year 1964 in South Carolina. The setting is significant because it’s around the time when colored people were fighting for their rights, but were denied them.
Over the course of the story, Lily learns that God loves everyone equally, no matter what color your skin may be. She realizes that a motherly figure does not have to be the one to give birth to the child.
The story is told in first person context with Lily being the narrator. I think the author chose to tell the story from this point of view because she wanted to show it from a child’s perspective, so younger readers can understand the story and to be able to connect with what is going on in the story. One thing I really liked about Lily is that she did what she thought was right even if it meant getting in a lot of trouble. She said what was on her mind and was very feisty. She didn’t care what anyone looked like on the outside, but what they looked like on the inside.
Overall, I would say this book is a great read for people who are trying to find love and happiness in this messed up world. I would definitely recommend this book to my classmates because it’s a very good coming of age novel. This book has such a good meaning and teaches several lessons. My favorite quote from this book would be “I loved the idea of bees having a secret life; just like the one I was living.” That sums up the entire book. The Golden Line of this book is “You can find love and happiness much easier if you put the world of discrimination behind you.” 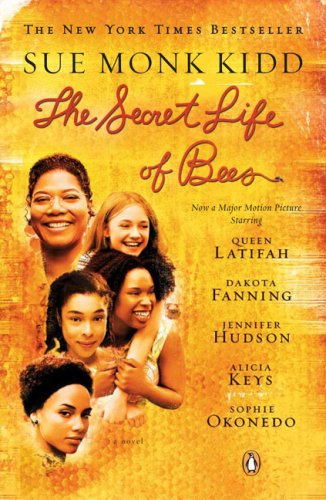