When I found the book Candor, I’d had no idea what a treasure I’d discovered. The book pulled me in immediately and wouldn’t let me go until I’d read the last page.
The story is about a boy named Oscar Banks, whose father was the founder of Candor, a “model” town in Florida. What no one knows, however, is that the reason Candor is so perfect is because of the Messages. They come in the form of soft music. What sounds like piano and violin to your conscious brain is really brainwashing material that begins to control who you are within a week or two after your arrival. The Messages can be pretty basic: Respectful space in every place and The great are never late are just two examples. They can also be personalized especially for the “problem kids” – the ones who resist the disguised brainwashing.
Oscar Banks makes a living off of helping new kids escape the Messages. He gives them special CDs that have their own Messages inside. They help the kids resist while Oscar makes plans to get them out before it’s too late. So when Nia Silva arrives he thinks she’ll be just like any other client…until he falls in love with her.
As time goes on, Oscar becomes more and more desperate to protect Nia from the Messages and get her out, but at the same time he doesn’t want to give her up. It doesn’t matter, though – Nia isn’t just good at resisting the Messages. She’s good at resisting Oscar, too. And then she falls in love with him as well.
Eventually Oscar’s dad realizes that Nia has been resisting for too long, and he sends her to the Listening Room (the point of no return) to be brainwashed for good. Oscar can do nothing but watch as the love of his life is completely torn away from him. Everything special about her has been erased, and it seems that there’s nothing he can do.
But piece by piece he begins to revive her, and his plans to get her out are rekindled – only he’s going with her this time. However, just a few days before their departure his dad finds out what’s been going on and he has his own plans to intercept Nia on her way out. So in one last desperate attempt to save her, Oscar distracts the hunters as Nia gets away…and he is put in the Listening Room.
The story reminded me of a modern Romeo and Juliet, especially near the end. The struggle for independence will make your heart pound and the tragic loss will leave you feeling shattered as you come to realize the terrible truth: there is no escape from Candor. 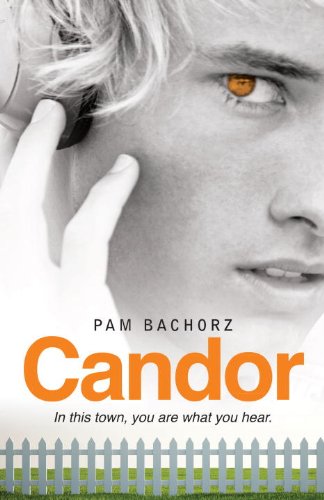