The Hunger Games by Suzanne Collins

“The world will be watching.” If you have been alive for the last few weeks this phrase will be familiar to you. The widely popular series, The Hunger Games is getting put onto the big screen and is set to come out on March 23, 2012. Being skeptical about what this could be, especially after my sister gave it a ringing endorsement, I decided to do something rash and irrational; buy the book and read it. When my sister compared it to Twilight she did not do NEAR the justice that this book deserves.

The book is based on a Greek myth (or at least is very similar to a Greek myth) where children from different areas are forced to fight to the death. The main character, sixteen year old Katniss, decides to volunteer instead of her twelve year old sister Prim, because being from her district, entering the games is a death sentence. She is faced against people who prepare for it all their life and the unforgiving wild arena that the gamemakers set up so the games will be good.

The book takes place in the remnants of North America after most of the continent has been mostly destroyed. I do not wish to go too much further into the plot because if you are truly interested in finding out more you will either see the movie or buy the book.

The comparison to both Harry Potter and Twilight is terrible. Saying that is like saying that Alvin and the Chipmunks is the cinematic equivalent of The Godfather. That’s not to say Harry Potter is bad (Twilight is) but they are in totally different categories. This sci-fi dystopia story is, and will probably be the last of the books I will rate 10 out of 10 (the others being Harry Potter and the Deathly Hallows, Ark Angel, and The Catcher in the Rye).
Final rating: 10/10 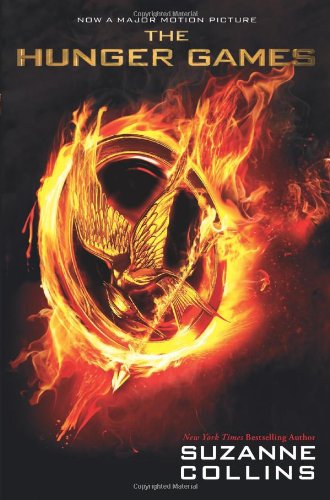