And Then There Were None by Agatha Christie | Teen Ink

And Then There Were None by Agatha Christie

Favorite Quote:
"It is not in the stars that hold our destiny, but in ourselves."

Ten… nine… eight… seven… six… five… four… three… two… one… none. Ten people come to Solider Island thinking they have been invited to a rich man’s vacation. The first night, the butler puts on an eerie record, saying that each one there is a murderer. It is true. The lights go off and when they are turned on again a few seconds later, a young man is dead on the floor. The countdown has begun.

One by one, the nine people left begin to die by the hand of a murderer. Their only hope of survival: a strangely coincidental poem placed outside of every room and ten solider figurines that disappear one by one as they do.

Agatha Christie has raised the bar in this classic “who done it” mystery. And Then There Were None presents a puzzle for the people who love mystery and a new perspective for the people who want to throw Sherlock Homes novels out the window. I would recommend it to everyone even if they like reading or not. 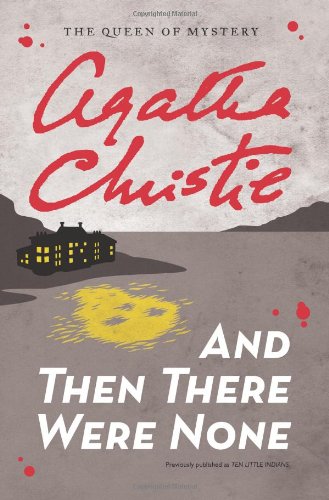