Favorite Quote:
“When you're dreaming with a broken heart
The waking up is the hardest part
You roll outta bed and down on your knees
And for a moment you can hardly breathe”
― John Mayer

This book was one of my favorites out of this series. It gives the readers a chance to actually sit down and get to know Zoey and her feelings a little better. Her human boyfriend, Heath, gives us( and Zoey) a window to the outside world as Zoey realizes just how powerful her and her circle are. She begins to see the effects of her power on others, and how her powers give her more responsibility in the house of night, as she becomes that leader of the dark daughters and sons. She takes control of her actions as she soon gets caught in Erik Night's allure and charm. Zoey then starts noticing the "consequences" of being a high priestess in training, now that she is allowed to have a boyfriend and a consort, and has some trouble dealing with her attraction for both Erik and heath. Zoey learns a few lessons, but mostly this book is just a "filler". It gives us more back-round information on Zoey, her friends, and Neferet's slow transformation into becoming who she truly wants to be. With this, we also start to see Zoey's true colors show as she faces off some of her worst enemies. 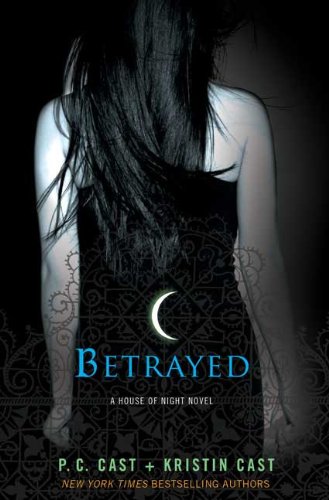 
Buy from Amazon
The author's comments:
this was a good book in the series, but could have been better.
Post a comment
Submit your own