Catching Fire is the second book in the Hunger Games trilogy. It continues the story of Katniss directly after the events of the seventy-fourth Hunger Games. It manages to somehow bring back (to a lesser extent than the first) a large amount of the original violence without being unoriginal. I will not divulge what happens but anyone who read the first may or may not be able to figure it out.

As it turns out, the events of the last book have had a larger impact than they intended. The simple action of holding out the poisonous berries managed to bring unrest to the people of all the districts with the mockingjay being the symbol of the revolt. As revolts occur in Districts 8 and 3 and there are whispers of a secret that the capital has been holding. The capital has one last trick up its sleeve, an event that facilitates the next book.

In reality, despite the love triangle that forms between Katniss, Peeta, and Gale, the book is still great and, in my opinion actually better than the first, purely on the basis of originality. Guys, you will enjoy the book based on the violence and the strategic planning. Girls, you will love it for the strife and the emotional conflicts that are just as prominent throughout the story as the physical conflicts. The beginning is as would be expected, but the middle and especially the ending are not expected at all. If you liked the first, definitely buy this one, or get it from the library or an e-reader or really anyway of reading it, just do it. 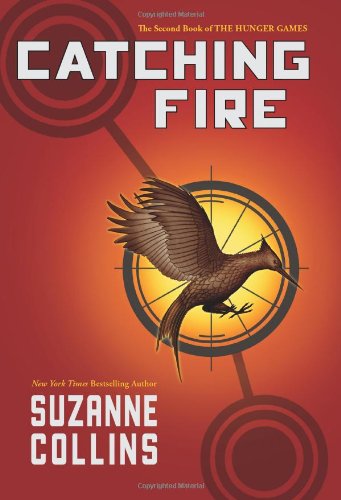 
Buy from Amazon
The author's comments:
This is a review of the second game of the Hunger Games trilogy: Catching Fire
Post a comment
Submit your own