Favorite Quote:
"For God so loved the world that he gave his only begotten Son, that whosever believes in Him will have eternal life." John 3:16 <3
"Act your age, not your shoe size." ~PRINCE
"Great thoughts speak only to the thoughtful mind, but great actions speak to all mankind."

I've been hearing a lot of bad reviews for Charlotte Brontë's "Jane Eyre." I get this a lot from students who feel that I am weird for actually NOT hating the reading lists for English Lit (especially AP, which I'm taking) which haven’t been updated since... like, what, 1943? And "Jane Eyre" is one of the books that would be the first to get chopped if the list ever DID get updated.

While I'm not exactly against a mod reading material list, I don’t understand the torment over "Jane Eyre." I mean, I get that the book has some antique language.... And if you don't speak French you might want to keep Google Translate open whenever little Adelé talks... or you could just skip the scenes where Adelé appears altogether. But aside from that, I just don't get the hostility this book excites in high-schoolers. I mean, you can get a dictionary to get past any difficult vocab. Besides, those words end up on SATs anyway. Might as well kill two birds with one stone, right?

But when it comes to "Jane Eyre," it must be more than just some fancy language that causes students to collectively stare down English teachers whenever the book is mentioned. The problem is – I can't figure it out!
I mean, "Jane Eyre" is simply a great story. It has all the good stuff - sarcasm, romance, a little bit of revenge, a dark, haunting, MYSTERIOUS top-secret SECRET, a creepy lady in the attic, a pimp (okay, okay, sort of), and two underdog heroes. Two! Seriously, this book is JUST like "Beauty and the Beast" without the Beauty! Or the Beast! Unless you count the creepy lady, of course.... Awesome read, right? So how did this book come to deserve the wrath of TEEN ANGST?

Jane Eyre is an orphan – and a plain one at that. To put it a little less nicely… she’s not pretty. Her parents died when Jane was a baby, so she goes to live with her kind uncle and his good-looking family. Unfortunately, the compassionate uncle dies – but not before he makes his wife swear to take care of Jane, whom he loves. Of course, his family hates Jane, because the uncle favored her so much. (Can’t say I blame him. His kids were brats.) So she grows up in a world that doesn’t love her… This changes a bit when she, upon exiting an oppressive boarding school, takes a position as a governess on a lonely, dark Manor - and meets Mr. Rochester, a rich man as little understood and plain as she. Things begin to look up for Jane… she experiences love… delight … but a dark secret has the power to take it all away… DUN DUN DUN!

I would love to hear some comments. I am an open person, so please, feel free to disagree! BUT… hopefully “Jane Eyre” doesn’t seem so… mind-numbing… once you try it with an open mind. Let me know!
~Cheers! 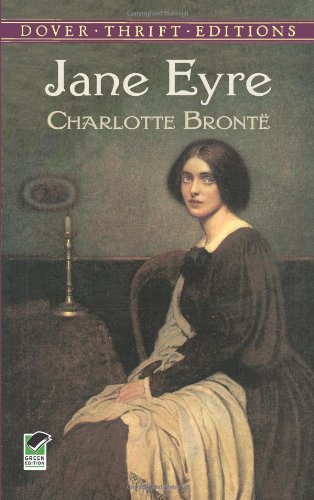 L'änet77 said...
on Dec. 10 2012 at 12:48 pm
Wow, this was really good article. I think I actually want to read this now! You're right, a lot of teens hate this book but I think it's because it's long more than anything. Plus it seems boring, But i'll give it a try thanx for the article! :D