“If at first you don’t succeed, you’re not an alpha,” states the memorable back line of Lisi Harrison’s first book in her new spinoff series, Alphas.

Shira Brazille, a rags-to-riches billionaire entertainment mogul and definition of all that is alpha, has built her own Alpha Academy on an exotic, isolated island in hopes of being able to “nurture the next generation of exceptional talent without distractions from our mediocre world.” In case of her unfortunate passing, she wants to leave behind one hundred girls accepted into the Academy to keep her legacy going strong. Each of these girls has a resume longer than Paris Hilton’s hair extensions and have all risen to the top of their fields, every single one of them showing what it really means to be an alpha. And with all the amenities provided by the Alpha Academy, all they’ve ever wanted can become a reality. Shira will provide everything they need to become true alphas, but on only two conditions:

1. They must embrace their talent and do their absolute best AND
2. They must stay away from her five “hawt” sons.

If they follow these two rules, they can accomplish things beyond their wildest dreams, but if they don’t, they’ll get sent home faster than an LBR (Loser Beyond Repair). After the weeds are pruned and the flowers bloom, only one alpha will still be standing to win worldwide fame. But the questions is: who will it be?

Spotlight and applause had always enticed Skye Hamilton since she was borned; and once she realized that she could obtain it every time she danced on stage, it only took a short while for dancing to become her addiction. Dancing became an equal to breathing in her life and her former professional ballerina mother and business tycoon father supplied all the means to ensure that she got first-rate training. With the achievement of being the best dancer Westchester had ever seen, it was a given that the Alpha Academy would give her a try. But when Skye sees that there are plenty of stars like her out in the sky, will she still be able to show everyone that she’s a true Alpha?

Allie J. Abbott, a “poet-slash-eco-maniac songwriter”, is burning up the charts with her eco-friendly songs and winning the hearts of many fans. She belongs in the Alpha Academy more than toast needs butter, and the admissions committee completely agrees. However, Allie A. Abbott, a recently dumped and heart-broken girl who can’t stand germs, can’t even be considered a beta. With her name only a letter away from the famous Allie J.’s, Allie accidentally receives the invitation awarding her admission into the exclusive Alpha Academy. And in realizing that she might have the opportunity to forget about her cheating boyfriend once and for all, she quickly takes the place of Allie J. in a heartbeat, donning black hair, green eyes, and an eyeliner mole on her left cheek, the opposite of her light brown hair and blue eyes. All is well and good when she arrives, and everyone believes she is who she says she is, but it’s only a matter of time before the jig is up. What will happen to her once everyone realizes that she’s committed identity theft?

Charlotte “Charlie” Deery has known Shira Brazille her entire life. Ever since she was born, her mother, Bee Deery, has been Shira’s No. 1 assistant. Through all the years of traveling with her mother and Shira, she had come to know the Brazille boys personally and had fallen in love with Darwin, Shira’s middle child. They spent their entire lives together - from the diaper days to the present. Charlie also created much of the technology and design of the Alpha Academy without Shira’s knowledge. With insider connections and inventing talent, it would only make sense that Charlie would also gain acceptance into the distinguished boarding school. But Shira has strict rules against applicants who are related to employees, and she questions if Charlie might only be interested in the school because Darwin, along with his four brothers, will be left alone with the one hundred talented female alphas. Fortunately, an opening becomes available for another applicant and Charlie has a chance to make a name for herself. However, Shira will only allow Charlie admission on two conditions: her mother must resign from her position, and she must break up with Darwin immediately. The choice is tough, but the decision is set. Once her mother leaves the island and her relationship with Darwin shatters, she is left wondering if it was the right thing to do. How long will it take for Charlie to prove to Shira that she actually does belong there and the consequences of her admission should be reversed?

With girly expressions and mainstream references, this novel hits the mark on satisfying fans of the discontinued The Clique series. Extremely well-written and comedic, every reader will be on the edge of their seats laughing along with the three girl’s adventures and tucking it under their beds to read every last word until midnight. While some instances in the novel can seem a little too fake to consider realistic, the novel’s setting and objects used can easily be interpreted as a futuristic means. All the characters are relatable and have the capability to touch the heart of the reader. However, Skye’s role in the novel was a disappointment. It was assumed that she would have a substantial role in the storytelling, but it seemed as if she was just a side dish to Allie and Charlie’s main course. And all of the “oh my gawds” and middle school-esque drama can border on cringe worthy. However, the novel is worth the read and eyes of every reader who was obsessed with The Clique series. This spin-off series will soon have you saying, “Massie who?” 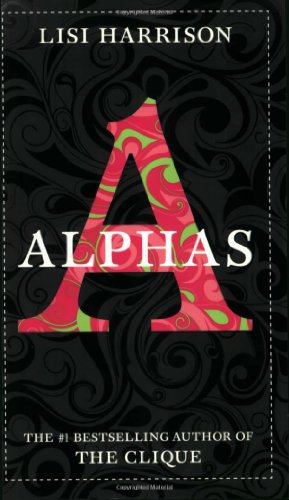