Stories I Only Tell My Friends by Rob Lowe | Teen Ink

Stories I Only Tell My Friends by Rob Lowe MAG

Rob Lowe hits home with Stories I Only Tell My Friends, a surprisingly eloquent memoir that addresses his struggles and successes in the entertainment industry and his life. Beginning with his childhood, Lowe recounts his acting career, and along the way describes encounters and friendships with many actors and directors.

While these stories are entertaining, it was when
Lowe touched on more serious topics that plagued his life that I found myself truly engaged. I was surprised by his candor as he described his mother's messy divorces and mental health problems, the infamous 1989 sex scandal, and the alcoholism that landed him in rehab. The accounts are profound, intimate, and brilliantly composed.

Lowe's memoir is emotionally raw but manages to avoid lapsing into mawkish clichés; paired with his fluency and style, this makes him seem more skilled at writing than some who do it for a living. ­Although

Lowe glosses over the details of the 1989 scandal and his relationship with longtime girlfriend Melissa Gilbert, this is offset by the passion and character in the stories he does tell.

Lowe writes both skillfully and insightfully, and the product is an engaging story that is hard to put down and easy to adore. 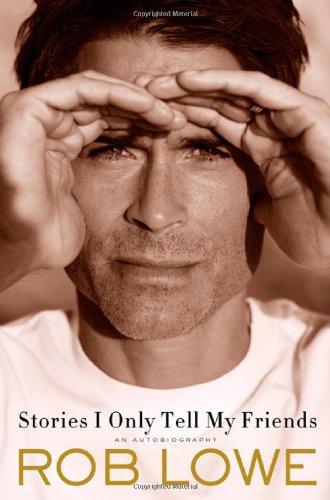