Quintana of CHaryn by Melina Marchetta

The princess of Charyn life was always hard, but with a little king on the way and almost everyone in her kingdom wanting her dead made it almost unbearable. She has been separated from her lover, Froi, when someone who was meant to protect her, and her child, had handed her over to the very army that wanted to end her life.

She couldn't and would never allow them to hurt the child she was carrying so she ran to a place where she would never be found, not even by her love. Though being trapped and hiding in a cave with annoying women she didn't know was no easy task. She cared for the women and with her savage side she provided for them. Till she was turned in by one of the women that lived in the care with her for so long.

Once understanding where Quintana, the princess, was hiding Froi and his army rushed to bring her to safety. With her safe she would lose him forever, soon she would be the queen and need to marry someone and Froi knew it would never be him. Who would be Quintana's husband? What will happen to Froi, the love of her life?

Great book, very heart warming and emotional. Touches your heart with the feelings you get a you read. Also has a very strong story line with violence and action. Very suspenseful with different views from different people, you never know who or what is coming up next. Highly recommended to everyone. 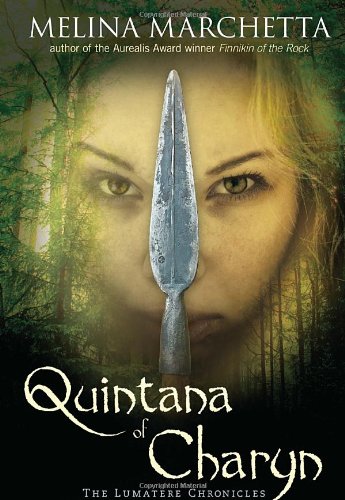