Stanley Kubric's 1971 classic “A Clockwork Orange” (adapted from the novel by Anthony Burgess) is not a pleasant film. It is a violent, disturbing, grotesque film, full of visceral imagery and mean-spirited dialogue. Your emotions will range from anger to horror to pity as the story unfolds, leaving behind neither a happy ending nor a wish for one. This film is also, without a doubt, one of the most beautiful, extraordinary achievements in the field of art.

We follow the sadistic Alex (played fearlessly by Malcolm McDowell), and his “Droogs” (Warren Clarke, James Marcus and Michael Tarn) as they roam the streets of Europe in search of “some of the old Ultra-Violence.” They rape, steal, beat and eventually murder, landing the betrayed Alex in prison. While there, he undergoes an experimental treatment meant to rid him of his violent ways. He is released from jail, only to find that he is helpless against his situation, and must accept revenge of his victims. We are left feeling both disgust for his actions, and horror for his punishment.

Kubrick is no stranger to controversy, with films like “Lolita” and “Eyes Wide Shut” bringing in hoards of angry priests and politicians. “A Clockwork Orange” is simultaneously his most important and (arguably) most controversial film. Once again people protested, blaming the film for everything from youth violence to some serious misconceptions about Russians everywhere. Seeing this, the famed director removed his film from circulation in Britain for a total of 15 years. Despite this, the film went on to be nominated for 4 Oscars, quite an achievement, as it was rated X at the time (the rating was recently changed to R).

It would not be a far cry to say that “A Clockwork Orange” is Kubrick's Magnum Opus, displaying not only great skill, but a fierce passion for the medium. Generally regarded as one of the finest films ever made, it continues to influence both the industry and independent filmmakers everywhere, firmly holding onto its place in history. 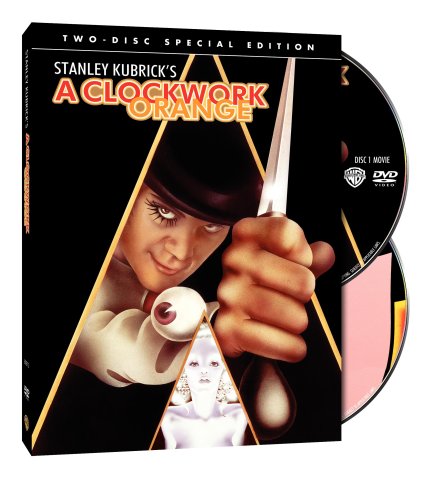 SamTheGangster said...
on Oct. 20 2015 at 10:15 am
SamTheGangster, Paris, Tennessee
0 articles 0 photos 1 comment
View profile
@cameronjhernandez05
AliPants said...
on Jun. 20 2009 at 11:35 pm
I absolutely adore A Clockwork Orange, both the book and movie, and your review did it complete justice. Fantastic job.