The Haunting Of Molly Hartley

While watching The Haunting of Molly Hartley you spend about half the time laughing at the humorously futile attempts of creating suspense in the plotline, and the other half scratching your head pondering in what direction this movie was trying to go. The characters were not at all original, and neither was the plot, tie this all together with the fact that throughout the whole story the director was not so subtly pushing views on Christianity, and that can make for a very long hour and twenty six minutes.

The movie stars Haley Bennett as Molly, who with her father has moved to a new house. Molly’s mother has been put away in a mental hospital after trying to kill her daughter. Not long after, Molly begins having hallucinations of her mother killing her. Now, who would I be to imply that the movie seemed a bit repetitive, but after seeing the same scene with mother trying to stab daughter on the bathroom floor, it gets a bit predictable, we get it, her mom wants her dead.

Her new school is a wealthy prep academy where of course, she meets her dream guy played by Chace Crawford. He’s the typical cliché guy, rich, dreamy, and why would he stick with his girlfriend when this new girl has rolled into school. Shannon Marie Woodward plays another troubled teen who befriends Bennett onscreen, and the friendship goes as one would expect it to. Awkward meeting, new friendship, share a secret, and all of a sudden they are BFF’s. And of course you have to have the reject, in this case played by Shanna Collins. Mocked by her peers for being poor and extremely Christian, she is one of Molly’s first friends at the Prep school. Now I’m sure if they had been able to stretch the basic plotline out any further they would have added in the other teenage stereotypes.

From beginning to end the realism of the story was just way to out there to even be slightly believable. The movie starts off with what I think was a prologue, but doesn’t fit with the story in the slightest manner, and ends with a baffling and unsatisfying ending, that makes you wonder if maybe, when you blinked five minutes ago, you might have missed something vitally important in making this movie make sense. Supposed to be a horror, the only reason I could even imagine this movie has it’s PG-13 rating is from the brief scene of Bennett in not so revealing underwear. If you are looking at this movie for a good fright, I recommend the back of a cereal box instead. 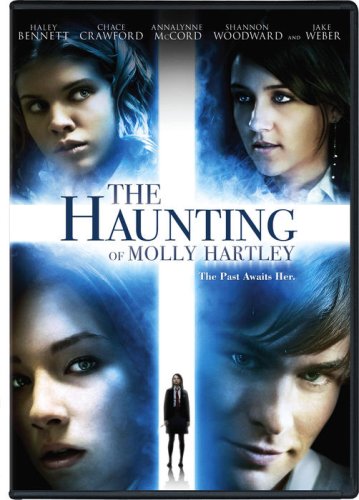