“Wildcats, everywhere! Raise your hands up in the air!”…No? But, that’s Zac Efron! He’s the kid from the hit Disney movie, “High School Musical”! He’s not a serious actor…

That’s what some people would think when first hearing the name “Zac Efron”. He’s Troy Bolton, hottie basketball player from East High who also dominates the school play, while getting the pretty girl and showing life-lessons along the way. Oh! And not to mention, he sings and dances while doing all of this. Too bad that’s all in Zac’s past now. Efron has definitely shown his acting skills in his past two leading roles in “17 Again” and “Charlie St. Cloud”.

In Efron’s first non-Disney flick, “17 Again”, he proved that he could do more than dance and sing while being the school hero. At the beginning of the movie, it starts off with a scene of Efron shooting hoops as a teen twenty-years prior. Personally, I said to myself “Oh goodness, Zac! Not another musical!” but later throughout the movie, Efron’s acting skills made me fall in love with him all over again. In this movie, Mike O’Donnell (Zac Efron) is sent into a time warp where he finds himself as his 17-year-old self. He decides to use this to get his family who is falling apart back. He learns things about them that he was too oblivious to see before. As for the ending? You’ll just have to watch and see.

“Charlie St. Cloud” (based off the book by Ben Sherwood) is Efron’s latest movie in which he plays the main role of Charlie St. Cloud, a man with a troubled mind whose trying to let go of the tragedy of his brother who was killed five-years prior and move on with his life. At the beginning of this summer flick, Charlie and his younger brother, Sam (Charlie Tahan), are hit by a drunk-driver and Sam is killed in the accident. Instead of attending college on a sailing scholarship as planned, the movie is fast-forwarded 5 years into the future and Charlie finds himself working in a graveyard and talking to the ghosts of people he once knew. Later on, an old sailing rival, Tess (Amanda Crew), comes back to their hometown to practice her sailing before she races around the world in a solo-race. The two end up falling head-over-heels, but there’s a secret and mystery that Charlie must figure out before it’s too late. Life is for living, right?

Future plans for Efron’s acting career include a role in Nicholas Sparks’ “The Lucky One”, which is just one of many Sparks novels that have been turned into movies. The novel is about a marine who has served several tours in Iraq and comes back to South Carolina to meet the woman who he has carried a photograph of during these times. Also, Efron is expected to be in another project called “Die in a Gun Fight”, according to New York Mag. The paper says (about the film) “In the Tarantino-esque blend of ‘Gossip Girl’, ‘True Romance’ and ‘Romeo and Juliet’, Efron would play Ben, an underachieving, deadbeat son of a famous New York high society attorney who gets himself in over his head when he falls for the daughter of his father’s nemesis - a girl who is already busy being stalked by an obsessive French professor.”

I am definitely looking forward to future Zac Efron projects in years to come, for he has definitely proven his acting talent. I think that we can expect great things from him in the entertainment world. 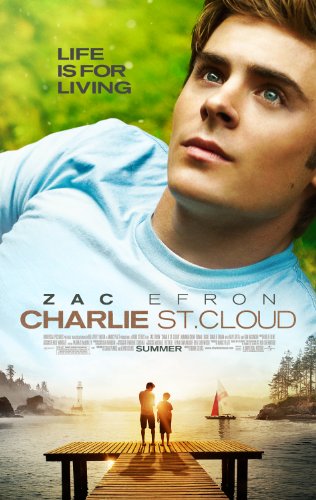 
Buy from Amazon Available on iTunes
The author's comments:
Zac Efron stole my heart in the first High School Musical movie and he did it all over again with 17 Again and Charlie St. Cloud. His movies are some of my favorites and I can't wait to see future projects of his.
Post a comment
Submit your own

poetry14 SILVER said...
on Sep. 7 2010 at 6:55 pm
poetry14 SILVER, Timonium, Maryland
8 articles 0 photos 3 comments
View profile
good writing and great information. i really liked how it nicely flowed into talking about his other projects. and now i'm freaking out because i didn't know he was going to be in a Nicholas Sparks film. nice job. (: