Precious: Based on the Novel "Push" by Sapphire | Teen Ink

Precious: Based on the Novel "Push" by Sapphire

Precious was the first movie ever to win both the Audience Award at the Sundance Film Festival and the People’s Choice Award at the Toronto Film Festival. It’s a genuine crowd-pleaser, a work that can appeal to any population nationwide. Which is ironic, because it’s one of the most disturbing, raw, and uncomfortable films to come around in a very long time.
The title character is Clareece “Precious” Jones (newcomer Gabourey Sidibe), a 16-year-old obese, illiterate teenage girl living in 1980’s Harlem who is pregnant with her second child. The baby, in a particularly grotesque turn of events, comes from her father. Precious lives a lonely, miserable existence; she comes home from school every day to a dank apartment shared by her horrifically abusive mother, Mary (comedian Mo’Nique). Mary is a monster suitable to rank with Frankenstein. She cares nothing for Precious’s safety, education, or well-being. She sits around by the T.V. all day, chain-smoking, shouting profane commands, and throwing objects at her daughter if she doesn’t comply. In a particularly brutal rant near the beginning of the movie, she accuses Precious of being stupid, useless, and pathetic, and fiercely encourages her to forsake her schooling in favor of a welfare bonus.
After Precious is kicked out of high school, her principal suggests an alternative school called Each One, Teach One. It is here that Precious begins a slow path to redemption that defines the rest of her journey throughout the film. With the help of a supportive teacher (Paula Patton), a relatable welfare caseworker (Mariah Carey), and a group of newfound similarly disadvantaged friends, she works to turn her life around, trying to become literate and provide a safe and loving environment for her two kids, the kind that her mother could never offer. But if it sounds too heartening, it isn’t. The road to happiness is quite a bumpy one for Precious Jones.
This sort of movie could easily turn into a sappy and exploitative melodrama. Luckily, director Lee Daniels and his actors never allow this to happen. Precious is consistently moving, heartbreaking, and elevating. Its main character is instantly relatable and sympathetic; her tribulations become ours as well. This is by no means a breezy or temperate piece of cinema. It is profoundly disturbing, unflinching, and harsh. I’ve seen it twice so far, and in both theaters there was a good portion of the audience that would laugh during the most distressing parts. Laughing is a defense mechanism that one employs when they are uncomfortable. Many aspects of the film are hard to stomach. Its only relief lies in brief moments of comedy perpetuated by Precious’s underprivileged friends. That, and her wistful daydreams of stardom and joy that are all the more depressing for their lack of authenticity. This is a girl who lives in crushed dreams.
Nothing in Precious is more impressive, however, than the acting. Talented novice Gabourey Sidibe comes across as anything but a first-timer. Her performance is multi-layered and deep, and she embodies Precious so intensely that it seems an insult to call her a character. Equally incredible is Mo’Nique, who, as Mary, is brilliant and utterly terrifying. There’s a scene towards the end between her, Precious, and Mariah Carey’s Mrs. Weiss that is so devastatingly well-acted that it’s likely to leave you shaking in your seat. To call these women Oscar-worthy is an understatement.
In the end, Precious does not insinuate that its protagonist can leave the mix unscathed. No matter how hard she tries, Precious will never fully recover from the abuse and hopelessness that has permeated her childhood. Some may prefer a more formulaic, Hollywood conclusion. But that would ruin the film’s credibility. Its power lies in its ability to tell the story of a profoundly courageous girl and her attempts at finding a better life. You won’t find a better movie this year. 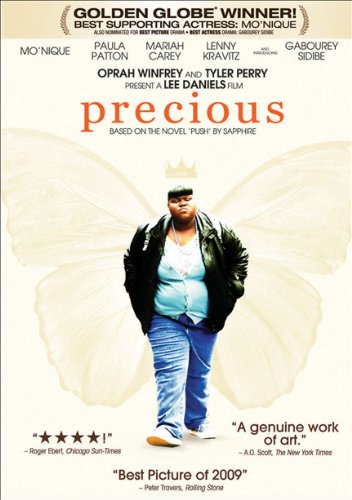 honzdude said...
on Sep. 10 2010 at 10:56 pm
What a great movie.  You really hit the nail on the head.  I believe that the cinematography of the movie helped to enhance how amazing Sidibe and Mo'Nique were
skifreak88 said...
on Sep. 10 2010 at 10:55 pm
This reviewer has an absolutely incredible writing style! His reviewing skills are akin to those of A.O. Scott and the likes.