Its 9:14, long before you would expect anyone to be at a theater for any old midnight launch. However, instead of business as usual, the theater is packed, with lines wrapping around the concession stand, throughout the building and bursting out the door. Tonight is the culmination of literary genius. The seven books and seven films of Harry Potter, all concluding in tonight’s grand finale, and I can feel the excitement around me. This is no midnight launch… this is a phenomenon of epic proportions.

And people know it too, as I sit through the three hour wait I am entertained with delightful conversation regarding the preceding storyline, impressive costumes, and even a stunning performance of a magical battle between a few hardcore Potter fans. By 12:00, we are all still cheerfully enjoying the company of fellow aficionados, but are all just as eager for the beginning of the end of Harry’s journey. Moments later the lights dim, followed by resounding applause, and so begins the film we’ve all been waiting for.

The director wastes no time in getting the characters right into the thick of it. Moments after the film begins, we are thrust right back into Harry’s mission… destroy the Horcruxes, objects where the evil Lord Voldemort has hidden bits and pieces of his soul. The rest of the movie follows seamlessly, with epic battles, dreary landscapes, moral struggles, and budding relationships flowing together in a convincing manner. This film is the antithesis of the summer blockbuster. Instead of being bombarded by inane Transformers-esque dialogue and clunky, awkward acting straight out of Pirates of the Caribbean 4, we are met with witty dialogue and special effects that not only accompany the characters and their struggles, but enhance them.

This marks one of the strong points of this film. Remarkable acting comes from every corner of the story, from Dumbledore’s return and meaningful conversation with a confused Harry to Ron’s serious yet at the same time humorous antics throughout the film. Alan Rickman gives a particularly powerful performance during the pensive scene, where Harry is told his destiny via the dying memories of a misunderstood Snape. The scene was emotional enough to bring tears to the eyes of more than one movie-goer.

Director David Yates manages to tell a magical tale filled with fanciful creatures and fantastic events without seeming childish or dumb. The action never really stops, and boy is there a lot to see. We witness a dramatic escape from the depths of wizarding dungeons, epic battles between trolls, wizards, and stone automatons. Special effects masterfully showcase enchantments, ghosts, dragons and more.

But, as with every story, the true magic lies not in vivid special effects, glorious wizarding battles, or spells, curses and charms. The true magic lies in brilliant characters interacting, changing and enduring through the situations they are in. After the long awaited showdown of Harry Potter and Lord Voldemort in the series’ climax, our heroes bid us goodbye in a final, heartfelt epilogue that brings closure to a series so full of complex, intriguing, and beloved characters. To Harry Potter fans worldwide… Mischief Managed! 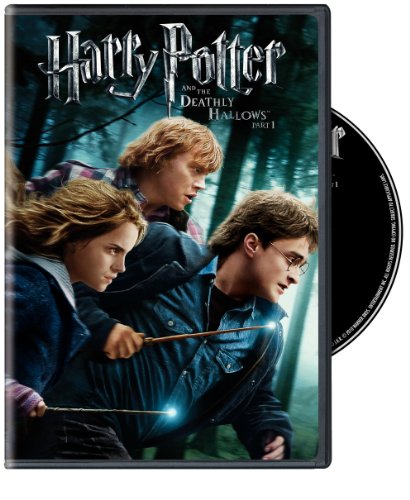 
Buy from Amazon Available on iTunes
The author's comments:
An excellent finale to an excellent series
Post a comment
Submit your own

View profile
Sweet review, however I still liked Transformers better. XD I'm sure Rowling will do something else she has talked about it and fans are really waiting for it.
haha4579 GOLD said...
on Jul. 23 2011 at 7:07 pm
haha4579 GOLD, Westfield, Wisconsin
17 articles 1 photo 36 comments

I still can't believe that such an epic series has come to an end.

There will be no more previews on tv about the upcoming Harry Potter movie.

But, I will tell mykids about them when I'm older and have kids. It will live on! :D

This is a really well written review. It just says pretty much every feeling of the die hard Harry Potter fan. Good job! :D