Bringing in over $709 million dollars worldwide, this Michael Bay film was very popular among more than just the younger generation. It was turned into more than just little cartoon characters protecting the little place they call home. It is more than just a little bit of action with a tiny VW beetle running around chasing “the bad guy, Decepticon”. And it was more than just a Saturday morning kid’s cartoon that you watch while you’re eating your cereal. No, this is a movie for the big kids. No one feels any shame when they tell their friends that they watched the new 2007 film, Transformers.
The Decepticon leader, Megatron (Hugo Weaving) from Cybertron is after only one thing, the Allspark. The Allspark, as said by the Autobot leader Optimus Prime (Peter Cullen), “has the power to create worlds and fill them with life”. The Autobots, Optimus Prime, Bumblebee (Mark Ryan), Jazz (Darius McCrary), Ratchet (Robert Foxworth), and Ironhide (Jess Harnell), are all working together with Captain William Lennox (Josh Duhamel) and his special operations team based in Quatar.
The Autobots are able to find the location of the Allspark on planet earth by a pair of glasses that has its location imbedded in them. Oh, but we can’t forget Sector 7. When the Allspark ended up on earth, Megatron located it and ended up crash-landing in the Arctic Circle. He was then discovered by Captain Archibald Witwicky, who accidentally set off Megatron’s navigational system. The location of the Allspark was imprinted on his glasses. Sector 7 took Megatron and kept him for a long time in nothing other, than the Hoover Dam. These glasses ended up in the hands of a teenage boy, whose grandfather was Captain Witwicky, Sam Witwicky (Shia LaBeouf) and his companion Mikaela Banes (Megan Fox). They then joined the Autobots in the fight at Mission City.
The fight comes down to a one-on-one fight with Megatron and Optimus Prime. Until the fight is over, it keeps you wondering if the Autobots will be able to destroy the Allspark or if the Decepticons will get their hands on it and destroy planet earth. You want to know what happens? Well you’ll have to watch the movie to find out!
I really enjoyed this movie and I have watched it time and time again. But like all movies, it was not perfect. I believe that they centered the movie around Sam Witwicky and his little girlfriend and bit too much. They put them in the spotlight when they should have focused more on the Transformers. Other than that, I really loved this movie. All the actors did a fantastic job on their parts. Oh, and speaking of parts, there is a fun fact about this movie that you may be interested in. There is someone who actually plays two parts in the movie. Jess Harnell who voices Ironhide, also voices an enemy Decepticon, Barricade. Anyways, if I had to rate this movie, I would give it 8 out of 10 stars. I very much recommend this movie to those who have never seen it before. 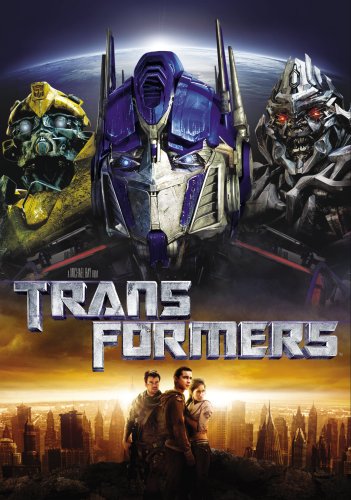 
Buy from Amazon Available on iTunes
The author's comments:
Love it!
Post a comment
Submit your own

View profile
Oh, you're definitely improving! Nice work! You did a thorough job describing the plot of the movie, although always remember that you don't want to give too much away. Also, its nice to hear your thoughts on the special effects and the sound in the movie. But altogether, great job, and keep going!
CarrieAnn13 GOLD said...
on Jul. 24 2011 at 8:30 pm
CarrieAnn13 GOLD, Goodsoil, Other
12 articles 10 photos 1646 comments

Once again, you summarized the plot a bit too much.  All the proper nouns confuse readers and three paragraphs of summarizing is a bit too much.  The last paragraph takes away from the semi-formal feeling of your review as well.  You have too many short sentences there and it reads like a Ford Model T trying to start on a cold morning.

But you have the right idea here.  An introduction, a summary and finally an opinion. :)