Awaken to the World of the Underworld | Teen Ink

Awaken to the World of the Underworld

Favorite Quote:
Philippians 4:13 "I can do all things through him who gives me strength."

Want vampires, werewolves and a thrill that doesn’t sparkle? Look no further than Underworld: Awakening. Join Selene in the fourth of the Underworld series in a whole new adventure, she no longer has to fight the Lycans (werewolves), but her new enemy, the humans. The humans have found out about the other species living among them and intend to kill. Selene fights to escape the humans with her lover, Michael, but is stopped in her tracks with no chance of escaping. From there we flash forward to a women frozen in ice, this woman is Selene and someone has broken her free from the prison of ice that held her inside for 12 years. Confused and angry Selene escapes to find Michael who she believes set her free but instead finds herself looking at a new face. As Selene tries to make sense of this different life she finds that even the humans have something to hide. With a new story line comes new characters and surprise wait around every corner. This movie is filled with story twists that will leave you wanting to know more. In a series that has been around for sometime directors Björn Stein and Måns Mårlind have done well to introduce a new story line that will spark the interest of Underworld fans all around. A story line that I thought had gone on far to long I found myself instantly surprised with the twist in the story beginning a new excitement in the Underworld series. This movie has plenty of action for those who like excitement this movie is a must but is not recommended to those with a weak stomach due to violence, blood and gore. 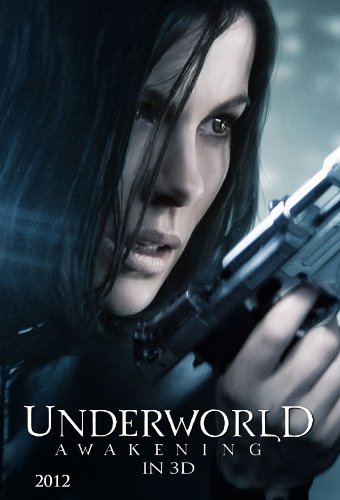