Imagine the perfect world. Millions of dollars in the bank. Dining upon the finest steaks and wine, before going home to a well-furnished house and your wife and children. Then imagine this perfect world crumbling down around you in pieces, as you desperately try and catch bits and pieces of a life that will never be the same. This is the story of James Braddock (played by Russell Crowe), world heavyweight champion from 1935-1937 whose experiences make Rocky Balboa look tame.

When the times were good, Braddock was referred to as “the Bulldog of Bergen.” Standing at 6”2 and a half he was hardly a bulldog (more like a mastiff- but hey, he came from Bergen, New Jersey, and the only angry dog whose name began with a “b” that people could come up with was the bulldog), but he had an undeniable knack for putting challengers down on the canvas. Then the Great Depression, like the Dustbowl, whipped up and spread across America. Braddock’s savings like countless others were wiped out, and the proud champ finds himself standing in line for public assistance.

Braddock does everything for his family. This is not about a fighter, but about a family man. He works at the docks with a broken hand, brawls in the ring, and still finds time to teach his son that a man must never steal, not even when his family is starving. Anyone can watch this film (directed by Ron Howard,). To some it is a touching story about family, to others it is a savage boxing flick, and a few may regard this as an entertaining lesson on one of the lowest points in American history. The message of this film remains as clear and succinct as pre-match trash talking: Not everyone is offered a second chance. If you are, grab onto it and hang on with all your might. 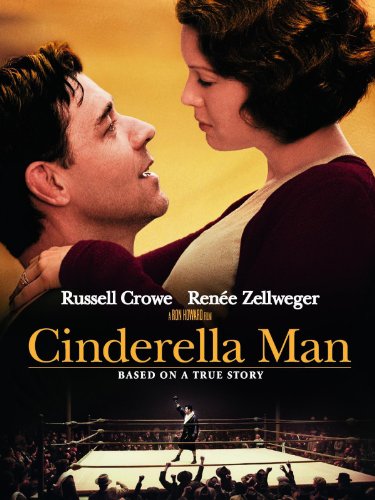