Why I am bothering to review this movie nearly a year after its release is beyond me. I saw it in the theaters and I liked it. I thought it was very well done and the acting was very good. I thought that they divided the two movies at the right point. I thought that the book was as good, but not better than the movie. This is mostly because the movie version of the final face off was much longer and wasn’t over in a page. The special effects were amazing and the scenes between the fighting and accounting for the dead were truly moving (not as much as when Rue died however).

I know that at this point it is a little late to say but watching this movie made me feel as if a part of my childhood had ended. For me, the Harry Potter franchise started when I read the first book in 2001 and ended with this movie. I also realize that there is absolutely nothing I can do to change anyone’s mind in regards to the series and if you haven’t by now, you probably never will see it. But, I ask you to watch it and enjoy it for its merits.

My final rating of 10/10 does not come from the fact that it is Harry Potter. It comes from the strength that it has in the transfer from the book to the movie. I believe that the only book to movie that is better is The Hunger Games. But seriously, I despise Twilight and that was after giving it a chance. If you like Twilight, I will not hold your lack of ability to identify that grammatical conventions are important in literature as well as the necessity to have strong characters and a plot that is somewhat average, but I read my it and I am still alive (although I think that part of me died). 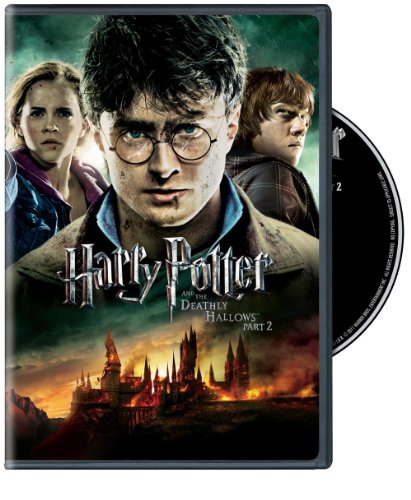 
Buy from Amazon Available on iTunes
The author's comments:
A review of Harry Potter and the Deathly Hallows Part 2
Post a comment
Submit your own