In 2012, there were plenty of horror films and many films that were critically acclaimed, but there were some films among the grand, non-stop blockbuster season that helped create new twists and views of the genres. One of these films was the "found-footage" anthology, V/H/S, a graphic, violent and absolutely disturbing horror creation. A mix of scares that echo from the surprise-hit Insidious and the quiet, haunting thriller Woman in Black, and the disturbingly real experience that was Sinister all share a home in V/H/S, and it's one that you won't forget.

When four guys receive an anonymous job hiring to find one, lone V/H/S tape from a random house, they stumble upon a dead body, a hub of old televisions, and a collection of tapes that will change everything. The multiple director team helps to make this film anthology truly disturbing and haunting, with six stories blending into one; each with their own diabolical twist. With a run-time of 116 minutes, some people felt the film was a little too long for their tastes, but if this film did not run that long, the lasting effect and incredible detail of shock and awe proves to be effective. As the film progresses, each story becomes more and more frightening, ranging from monsters to serial killers. The actors and actresses all played their parts well, from the young, college teens looking to party, to the adults with no idea of the hell they've stepped in to.

The "found-footage" sub-genre has been running on fumes, with the repetitive and terrible Paranormal Activity series, the absolutely awful Chernobyl Diaries, and the slow-thinker Apollo 18, V/H/S stands out as a fresh, frightening and truly note-worthy effort in the horror category. I'd have to say the best horror film of the year is Cabin in the Woods, blending black comedy and horror perfectly, but V/H/S can rank up there as one of the best ever.

This is not a film for everyone, being very chock-full of graphic and violent content, but anyone who enjoys horror should see this. 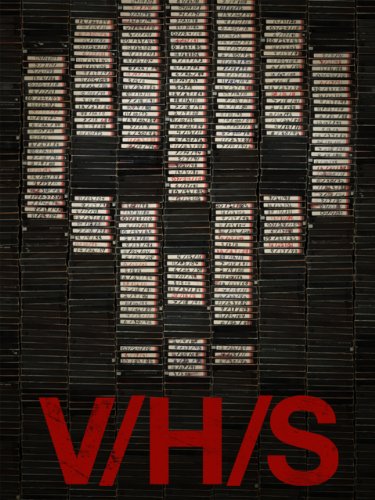 
Buy from Amazon Available on iTunes
The author's comments:
A grotesque, yet brilliantly composed anthology
Post a comment
Submit your own