Favorite Quote:
"It's not about the happy ending, it's about the story."

The movie starts out strong, using Maleficent as the narrator to describe important information to the audience, such as the division of a kingdom and a place called the moor. The moor is a magical realm where there are creatures like fairies, trolls, and dragons. None of the humans from the kingdom are allowed to enter the moor because the humans are looked upon as evil. In the beginning, the moor is bright, with clear water falls while in contrast the kingdom is dark, the people struggling under the harsh rule of the king. Maleficent (Angelina Jolie), as the narrator is explaining all of this, is introduced as a young girl who is a fairy. She is one of the creatures who lives in the moor and is described as being the one that all of the creatures look up to even though there is not a specific ruler.

Maleficent is seen watching over the magical kingdom, protecting it from the humans. A boy, around Maleficent's age comes into the moor and tries to steal, calling himself Stefan. Maleficent is summoned to deal with the boy and soon develops a relationship with him. As the years go by Maleficent grows to love him, trusting the humans.

Years later Maleficent is shown as a women. The king is worried about her strength and power, so in response to his anxiety he decides to lead an army to attack the moor. Maleficent defends it, winning the battle. In response to the armies defeat the king wants revenge, paying whoever will kill her with the prize of being the next ruler. Stefan, now one of the kings trusted men, becomes selfish and betrays Maleficent, cutting off her wings for his own greed.

The movie, from then on goes on to explain the reason behind her hatred for King Stefan as he has a child, Aurora (Elle Fanning). Her hatred for what he did to her soon causes her to want revenge, forcing her to become evil. When the child is born Maleficent takes revenge on Stefan, cursing the child so that on her sixteenth birthday she will prick her finger on a spinning wheel and go into a deep sleep which she can only be awoken from with true loves kiss.

Upon hearing the curse three fairies, Thisletwit (Juno Temple), Knotgrass (Imelda Staunton), and Flittle (Lesley Manville), take Aurora into the woods to keep her away from any danger. Over the course of time Aurora grows into a young girl, who is naive to the world beyond the cottage in the woods. Maleficent, with the help of a crow named Diaval (Sam Riley) secretly watches the child, referring to her as, “beastie”. She slowly forms a love for the child and pretends to be Aurora’s fairy grandmother, which I thought was a good touch of humor amid all of the action.

Aurora soon meets Prince Philips (Brenton Thwaites). Prince Philips falls in love with Aurora, which is one of the few parts in that follow the old Disney classic but from there the movie goes back to using its own originality as surprising events switch up the classic.

Maleficent is not simply some villain out to get revenge for no apparent reason. The movie gives a backstory on why Aurora was cursed, making Stefan the new villain.. Maleficent, is very effective and gets the point across of how holding a grudge can lead to consciences in the future. The plot was fast paced and left me on the edge of my seat the whole time, wondering what was going to happen next. The actors were chosen very well, and although the movie focused mainly on Maleficent I found it to still be emotional. It will tug at your heart as it takes a twist from the original Disney film, Maleficent is both a hero and a villain. To anyone that is debating whether or not to watch Maleficent I highly recommend it, it is one of Disney’s darker films and has the perfect amount of action, humor, and romance. 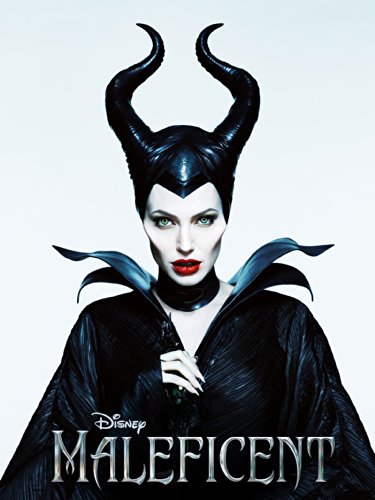