The Chronicles of Narnia: Prince Caspian

In the action-packed sequel The Chronicles of Narnia: Prince Caspian, the Pevensie children are back. While one year has passed for them since their adventures in The Lion, The Witch, and The Wardrobe, 1300 years have elapsed in Narnia. A new age has begun, and peaceful Narnia has once again turned into a savage place due to a new ruler, a human, who hates the old Narnia. Fauns, griffons, dwarfs, and other magical creatures of the land were hunted and forced to hide in the forests, thought to be extinct. Friends became enemies and tensions arose. But all of this changes as differences are put aside and Peter, Susan, Edmund, and Lucy side with Caspian and all of the creatures in a great battle against the evil King Miraz and his people. With the help of the always faithful Aslan, they defeat the king and restore Prince Caspian, the rightful ruler, to his throne.

Talented performers William Moseley, Anna Popplewell, Skandar Keynes, and Georgie Henley return in the roles of Peter, Susan, Edmund, and Lucy Pevensie. As always, these stars shine with amazing brother and sister chemistry which is apparent on screen. Actor Ben Barnes joins the cast with a performance which perfectly captures the role of Prince Caspian. This movie includes amazing special effects and endless suspense, making it one you can't miss.

On the downside, the excessive length of the battle sequence adds a bit of boredom as you anticipate what is going to happen next. Nevertheless, the retelling of this classic story by C.S. Lewis is well worth the price. The Chronicles of Narnia: Prince Caspian is rated PG for battle action and violence, and is now available on Disney DVD and Blu-ray. 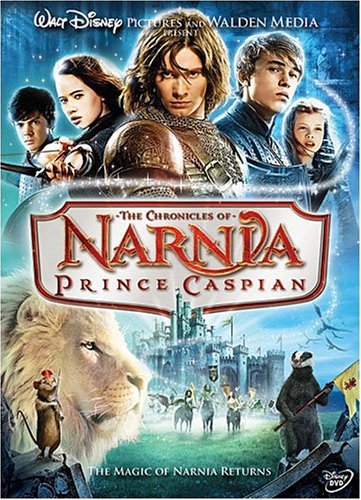