The Secret Life of Walter Mitty

Favorite Quote:
"Arose by any other name is still the past tense of arise." Steve Patterson on CBC's The Debators "The devil's greatest trick was chopping the water into separate bathtubs. Then attaching claws to those bathtubs." Bob Schofield's The Inevitable June

Ben Stiller has played a lot of fighters over the years. In Zoolander he battled some mad models. In Night At The Museum his character got caught up in a brawl between some reanimated exhibits. And while both of these films may not have failed to evoke a nervous laugh or two from audiences, the same cannot be said about Mitty, a film that goes to show that the actor has matured and is ready to take on some more thought-provoking work, while still recieving some more genuine chuckles along the way.

In Mitty, Stiller fights a more relatable evil: his menacing bosses as well as his own dull existence, both of which he combats by frequently escaping to the vast depths of his vivid (to say the least) imagination. Landing him in trouble not once but a number of times.

When his job along with that co-worker are threatened, Walter Mitty takes action in the real world. Embarking on a global journey that turns into an adventure more extraordinary than anything he could have ever imagined.

Although it may seem impossible given the nature of this film, despite the insanely vivid and action-packed daydreaming and the true life adventures Mitty embarks on in pursuit of an elusive photographer (Penn) and "the quintessence of life", this themes of this film seem oddly relatable. Who hasn't felt as though their life was dull or stuck? And the possibility of a midlife crisis, which could be argued has gripped the films main protagonist, is inevitable for all of us. I only hope my own can be as awesome and fast-paced as Walters. He doesn't just settle on some cool new vechile he doesn't need or some "hip" tattoo that doesn't suit him: he has to see the world.

The action-adventure aspect of this film flows through the same vein as Nim's Island (2008) and Yes Man (also 2008). As I recall Nim's Island involves a protagonist who worships an almost impossible idol and once coming face-to-face with her she must accepting the fact that she's only human. This resembles Walters relationship with Sean, a photographer he represents at Life magazine. The "saying 'Yes' to life and the adventure it holds" resembles Yes Man although the similarities end there.

This film is otherwise a completely unique and exciting experience and truly something to behold. It is a feast on the senses, featuring a soundtrack hipsters and daydreamers alike are sure to love. The visual effects, the realistic characters and the story itself all add up to a film that is as brilliant and vibrant as Walters visions themselves. Definitely an overall enjoyable film with a handful of positive messages. Most noticeably "Life's what you make it" and "follow your dreams", either of which may or may not have been the films tagline. 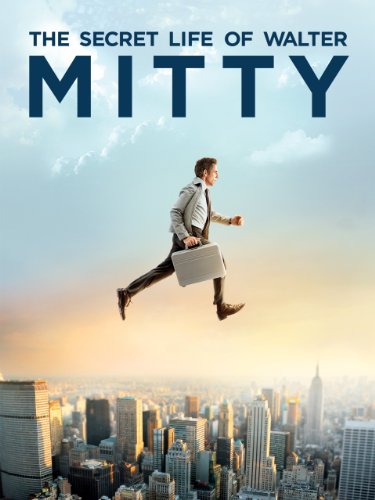 My Creative Writing class watched Mitty for an assignment and wrote individual reviews. This is mine.