"When alien life entered our world, it was from deep beneath the Pacific Ocean. A fissure between two tectonic plates. A portal between dimensions. The Breach."

And the aliens that came soon came to be known as Kaiju (Strange creature/Monster). They earned the second meaning from what they did. For over fifteen years they attacked cities and ships near the Pacific, killing any humans in their paths.

Then the Jaeger (Hunter) progam came to be. Gigantic metal warriors, powered by human pilots, challenged the Kaiju. The winner gets Earth. The loser dies.

Raleigh and Yancy Becket (Charlie Hunnman and Diego Klattenhoff) are two such pilots. Each Jaeger team has to have a deep bond, and these brothers fit the bill. Then one night Yancy is pulled out of the Jaeger and Raliegh, still mentally connected to his brother, suffers all the horror and agony that his brother has in his moment of death. After that, Raleigh refuses to get back into a Jaeger. The Jaeger program itself starts to die. But Jaeger commander Stacker Pentecost (Idris Elba) has a plan, and he needs all the teams of the four remaining Jaegers to sucseed. Yet a Jaeger needs two people to operate it from the inside, and Raleigh has closed himself off from everyone. But he may yet find a co-pilot in Mako Mori (Rinko Kikuchi), who has her own score to settle with the Kaiju.

This movie surprised me in the fact that it's not just another story about 'here are all these super-human geniuses, and they've got to learn how to work together to defeat the evil badguy, and one of them has this real big confidence issue...'. This actually is about being a real team, not just working together. Being compassionate and putting your partner before yourself, advising, comforting and sometimes yelling at each other to help. Mako is not the recently average female character either. The subplot is not on 'who gets the girl?', and she is rather modestly dressed throughout the film. Raleigh defends her when another Jaeger pilot starts to be improper to her, and Pentecost is reluctant to send Mako into combat because he doesn't want her to suffer any more than she already has. Even though some of the Jaeger teams seem to be at odds with their own members, they all share a real bond: Love. Even when one of the pilots is wounded and another pilot has to be his replacement, he tells him to take care of his son, who never seemed to respect him. Most of the violence isn't shown close-up.

Strong language is the main problem with this film. A black-market dealer's henchgirl wears an immodest shirt and shorts. Said black-market dealer talks about the demand for Kaiju...feces, and using ground up left overs for drugs. Some Japanesse people worship the Kaiju. At one point Mako (whose room is across the hall from Raleigh's) sees him shirtless and stares (though possibly only because he's covered with scars from trying to extract himself from his Jaeger after Yancy's death).

Not to mention besides the moral standing of this film, the soundtrack is awesome. I absolutely reccomend this film to a mature audience. 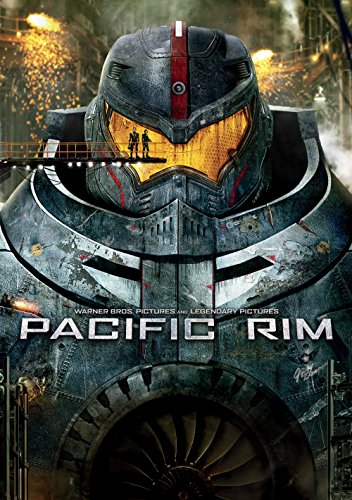 Not just another superhero movie.