Into the Woods | Teen Ink

Favorite Quote:
"It's not about the happy ending, it's about the story."

Before I watched Into the Woods I went online to get a basic plot summary because I do not like surprises and the commercials gave nothing away concerning what it was about. What I found did not extinguish my fear of watching the movie, in fact the reviews made it worse. In most of the reviews people had rated Into the Woods one star. I went on to read their thorough summary of the movie, only to find that it was not at all what I thought it was going to be like. From the descriptions I was able to determine that, having storybook characters in it, it was not a kids movie whatsoever. After reading what others had to say I decided not to see it in theaters but when my friend brought over the movie after its release I watched it because something in me hoped that all of the reviews had been lies or exaggerations but unfortunately the summaries held true.

Into the woods is definitely an original all its own. I am one for musicals, for sure but this movie is far from the beloved Frozen, your typical, happy disney production. Right at the beginning the movie starts off on a dark note with good but gloomy singing, leaving me slightly depressed throughout the entire 2 hours. My one and only favorite song was Agony. The rest, based off of the lyrics could have easily been said instead of sung. I was only given a break to be pleasingly happy in the middle but was forced to return back to my original state only moments after.

Disney, over the years has made me believe in fairy tales and happy endings but Into the Woods is exempt to this. It takes a dark spin on the fairytale characters we have grown up with throughout our childhood and transforms them into people that I grew to love and hate during the course of the movie.

Into the woods ties together the stories of Rapunzel, Cinderella, Jack, Little Red Riding Hood, and a baker and his wife. The main conflict is that the baker and his wife want to have a baby but are unable to because of a curse a witch cast on the baker. She promises to lift the curse and give them a baby if he and his wife bring her 4 things- a cape as red as blood, hair as yellow as corn, a cow as white as milk, and a slipper as pure as gold. And it just so happens that each of the characters mentioned above have that item and they are all traveling through the woods to get to their different locations. Jack to the market, Cinderella to the ball, Little Red Riding Hood to her grandmother's, and Rapunzel is already in the woods in a tower. With the baby in mind the baker and his wife head off into the woods to search for all of the items, determined to meet the witches request.

The first half of the movie, the semi happy part brings in the normal childhood stories of each of the characters but with a twist- making sure that the characters are not conveyed to be perfect in any way. I think they did a little too good of a job on that, personally. I actually found myself hating Cinderella, one of my favorite Disney princesses and her prince too because the movie made drastic changes to each of their personalities. In fact, the only couple that I didn't even have a small feeling of hatred towards was Rapunzel and her prince, who were only briefly mentioned in the movie and therefore, their flaws in personality were not shown.

And thats just the first half, the second half gets even worse. It shows what the outcome would be based off of their actions, showing that actions have consequences, something that I do not like thinking about when watching a Disney movies. For me, the whole point when I watch a movie is to escape reality not be faced with it. Needless to say it definitely did not leave me feeling happy in any way.

And although I'd never watched a Disney movie before that I hadn't enjoyed, sadly now I can say that I have. Into the Woods practically ruined my childhood fantasies therefore I do not suggest watching it. Do not go into the woods. 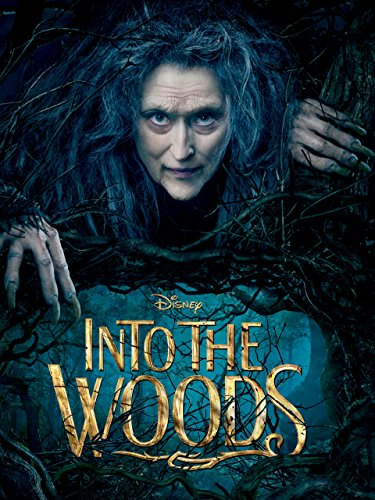