A series of nine photographs conquered my Instagram feed, a battalion that would only suggest something unheard of: the arrival of a new album. But not just any album in today’s day-in-age. I hesitantly glanced up at the calendar, as many did on that fateful day of July 23rd. It couldn’t be. The last release was only eleven months prior.

On her profile, sepia-toned trees engulfed a miniature Swift in a square frame. Despite the black and white filter featured to contrast reputation from previous works, grey hues substitute Taylor’s eighth studio LP, folklore. Alongside the singer-songwriter, Jack Antonoff from the Bleachers—who is considered to be one of Swift’s dearest companions—and Aaron Dessner from The National produced the album, while she, Dessner, Antonoff, William Bowery, and Justin Vernon (also recognized as Bon Iver, and collaborated with TS on one track) are credited to writing the 15+ songs. The “Swiftie” fandom suspected the discography to reflect 2012’s “Safe and Sound,” but they were in for a pleasant surprise. And by pleasant, I imply this as merely tear-jerking, poignant, and most astonishingly, alternative.

Midnight, July 24, 2020, was an onslaught of emotions. The publication of any form of TS’s music calls for a spiritual experience. For one, the titles of each and every track are lowercase. Let’s first put that aside. Moreover, the sixteen tracks (listed below) are intentionally placed either for logistical or sonic purposes:

One Instagram caption she included was: “In isolation my imagination has run wild and this album is the result, a collection of songs and stories that flowed like a stream of consciousness… I’ve told these stories to the best of my ability with all the love, wonder, and whimsy they deserve. Now it’s up to you to pass them down.” Sure enough, all adjectives here were applicable.

Misinterpretations from the “cardigan” music video were devastating, even with the noise spurred all across social media: how did such a mass audience not realize that fifteen additional works existed with the single? Besides the artist’s minor loss of exposure, the visuals which accompanied the album’s second track are, I must say, a comforting pullover on a winter’s night.

Transitioning from location to location, the opening scene of “cardigan” illustrates Swift in a cabin, playing a dingy, upright piano. Her simple dress and hairstyle only add to the song’s disposition. A glow emerges from the instrument’s case as she sings, “But I knew you / Dancin’ in your Levi’s / Drunk under a streetlight, I-I-I,” and steps in. The mystical dust transports her to a fantastical landscape of greenery, atmospheric wonder, and a waterfall cascading from a piano to a stream below. Similar to several questions that have been raised, is this exact use of imagery analogous to the scene in Harry Styles’s “Falling” MV?

Taylor finds herself in a predicament when the light lures her to rough seas. Struggling to stay afloat, she swims to a grand piano, feet away from her as her legs are submerged underwater. This familiarity grants her access to return to the safe place established in the beginning. She concludes the film by managing to slip a cardigan over her sopping wet body.

Primarily inferred by “cardigan,” music accompanied Swift throughout all stages of her past relationships. Wrongly framed as a “love addict,” TS is infamous for her ex-suitors (especially during the mid-2010s, considering how the media perceived her after releasing 1989), associated with the confessional romance she incorporates into her songwriting. But this time, Taylor’s products aren't autobiographical compositions. She narrates events that could be both fiction and nonfiction, truths and lies. Hence the name folklore: “the traditional beliefs, customs, and stories of a community, passed through the generations by word of mouth.”

When listening to “the great american dynasty,” intricate lyrics convey the backstory of Rebekah Harkness. She is later revealed to once have been the homeowner of Holiday House, in Westerly, RI,  for half a century until Swift took over. Genius provides the hilarious lines to a solemn tune: “And in a feud with her neighbor / She stole his dog and dyed it key lime green.” Rebekah is depicted as “the loudest woman [the] town had ever seen,” yet nevertheless, a figure commended in the eyes of a global celebrity. I suppose that is enough validation one would ever need in life.

A number of tracks serve a timely objective, such as the themes of illness explored in “epiphany” (the injury concerning the singer’s grandfather, her mother’s battle with leukemia, and the current pandemic), while others are direct incursions toward public figures such as Kanye West, Scooter Braun, and their wives in “mad woman” and “hoax.” Braun in particular has contravened all means of property by buying out her retired record label. On behalf of the fanbase, otherwise known as Taylor’s self-employed prosecutors, the man should be penalized gravely.

Whether being subject to West’s audacity at the 2009 VMAs or having seven albums worth of music snatched from her fingertips, TS addresses her nemeses loud and clear. Even lyrics found in songs about her current relationship with actor Joe Alwyn are lunges at these unethical oppressors. As found in “peace”: “But there’s robbers to the east, clowns to the west” (Fun fact: Writer William Bowery of “exile” and “betty” may be a pseudonym for Alwyn, however Swift herself has yet to confirm).

Although it pierces my soul, folklore could have been arranged a bit differently. The “teenage love triangle,” consisting of “betty,” “cardigan,” and “august” delighted members of the LGBTQ+ community at a first glance. Despite Taylor’s wondrous storytelling through James’ summer fling and his betrayal to his girlfriend, Betty (and quite possibly my favorite character, the gossipy Inez), Swift should have channeled the queer pride present in “You Need to Calm Down” into this modern fable. Otherwise, as “Stan Twitter'' asserts, “Taylor, you’re doing amazing, sweetie.” I would even argue that she is doing phenomenally, actually.

Even though, again, this album is nearly immaculate, it lacked the diversity expressed across records including Red and Lover, explorations with popular music. Regardless, both, including the anthem “All Too Well,” doesn’t stand any ground against folklore’s mature musicality. I would mention that the length of this album would be a bit much for some, but I would never protest any new Swift content anytime soon (well, maybe she could have gone without “ME!”). Even though it deviates from Swift’s signature genre, folklore’s indie undertones attribute well with its touching aura.

From “the 1” to “this is me trying,” I’m still reeling the metaphors constructed by a legend of her craft. And yes, I have looped all sixteen tracks fifty-two times in the past couple of weeks since launch. I attempted to convince my parents to send me off to Lover Fest East. I downloaded all images of her cats Meredith, Olivia, and Benjamin Button. I’m utterly invested in her dating life. I’ve sung “Love Story” in the shower since third grade. I’m allegedly a Swiftie. But Taylor can decide that for herself. 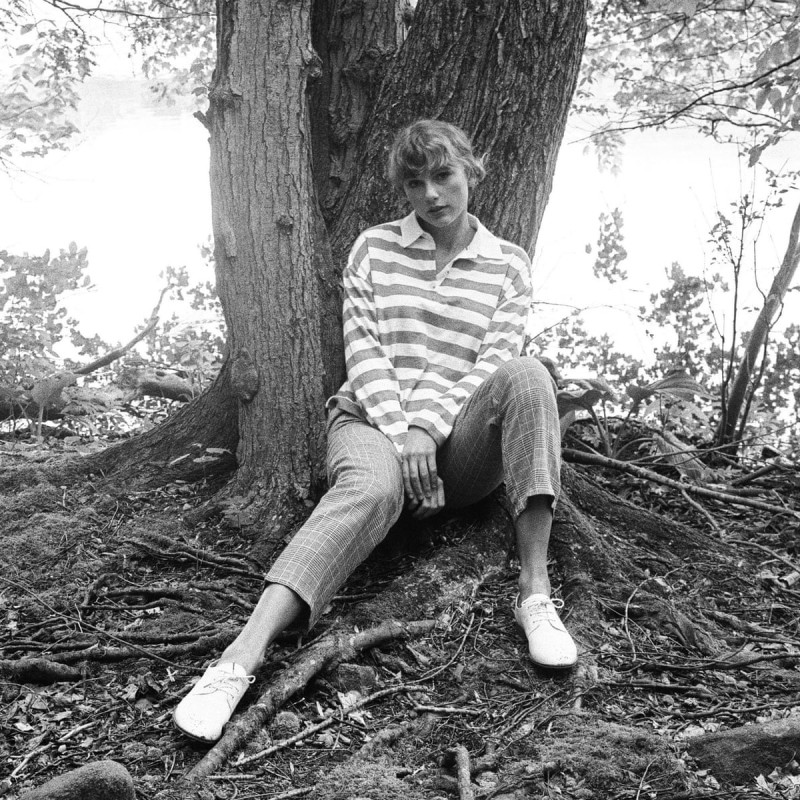