I flew too close to the sun | Teen Ink

I flew too close to the sun

I flew too close to the sun
Icarus Falls- Zayn Malik

Debuted on December 14, 2018 , English singer and songwriter Zayn Malik displays an album filled with songs with deep meaning as it takes the listener on a journey of ups and downs. Icarus Falls begins with a cheerful and lively song illustrating the story of a man aspiring to be in love with someone for the rest of their life, but times change and he moves forward with life. With this light hearted start, little do the listeners know that the album starts taking a more unsettling and emotional toll. People assume that the album would end in a happy ending, but  Zayn Malik defies expectations, bringing that album to shift personalities from cheerful and lighthearted to unsettling and discomforting. When digging deeper into the album's origin, the findings bring a different perspective and outlook on the album's meaning.

Zayn’s writing style and symbolic choices inspire the story written throughout the album. The album encompasses the greek mythology story of Icarus, son of the master craftsman, Daedalus. The name of the album is solely based on the mystical legend, which appears to show Zayn’s strength in songwriting and creativity as the album revolves around the theme of this story. The story briefly contains the means to show the theme of “destruction” as the legend displays the story of Icarus who experienced extreme downfall. Icarus was imprisoned and locked away in a labyrinth after making King Minos angry, where his dad devised a plan to escape alongside Icarus. Being an inventor, Daedalus sought a way to construct wings made of feathers and stuck them on Icarus using wax. After the invention, Icarus had escaped the prison with the use of wings but he was warned by his father not to fly too high, for the wax would melt and his wings would break and he would fall. Regrettably, icarus ignored the warnings of his father and flew too close to the sun. Inevitably, the wings melted and he fell to his death, known as Icarus’ downfall. The album takes the same feeling as it starts with a lovely, romantic tune with a light hearted mood and then slowly transforms into a feeling of melancholy and unsettlement.

The songs narrate the inner story within the album and it is shown by the specific location each individual piece takes. The song Let Me brings a bliss feeling as the drums fade out in the presence of the delicate falsetto Zayn creates. But even after that song, he continues to narrate the romantic story as Back to Life introduces the relaxing vibes that he intended to give while giving the listener the feeling of bliss. He talks about the feeling of loving a significant other and knowing that they always have each other's backs, reminiscing the feeling of warmth and comfort. His use of lines `` Honesty she's the only one that's watching over me/ brings me oxygen when it gets hard to breathe/ And if I'm wrong or right/ She's always by my side”  from Back to Life brings the romantic feeling of warmth. Not only that, but the inspiring feeling is touched on in every song sprinkled here and there. The inspiring feeling comes from the very line,  “ I don’t mind falling if it means I get to fly again” as he instills positivity. The techno beats are light as his vocals bring a sweet and soothing sound to bring the vanilla theme. The feeling is soon to be interrupted by the Icarus Interlude which is the intermission that divides the album up. The drums get louder and louder and the lyrics soon become dark and tragic. The electric guitar strums as Zayn quotes the legend of Icarus. The drums beat hard and it feels like a heartbeat going up and down as the world crumbles. The mood shifts into a path of darkness as he says “ I guess I flew too close to the sun”  quoting the legend of Icarus who flew too close to the sun and plummeted towards darkness as his life ended. He mourns the different obstacles and ordeals in life as the mood takes a downfall.  The instruments aren’t bringing a jumpy mood, rather a slow and low sound. The music isn’t upbeat, it is more just the drums getting loud and the singer goes down the scales into a lower octave. He explains how the love is leaving and nothing is left anymore as he says “Life is always getting in the way”. He narrates the destruction and ruin and writes the feelings in the song and acknowledges the pressure coming . He says “ I think I need some fresh air/ Feeling under pressure” as he didn’t “expect to fall” which he said in the song. When he means he didn't expect to fall,  he relates it back to Icarus falling as how the legend also didn’t expect to fall, yet the greek god fell as well.

There are those who criticize the album, saying that the album is filled with dissimilar songs with different genres and random songs that don’t follow each other, assuming that Zayn just put out a bunch of different songs and put them on an album, but his intentions are hidden as the story matches the songs and the location of the songs are all part of the intention that resides in this singer. When I first listened to the album knowing about the story, I put pieces together and I had never felt so intrigued by this story within. The experience of listening to his music carefully was so fascinating.  The idea of the album is to explain how someone can do well in life and thrive, but then a tiny crash brings the whole story to collapse. I can remember a time when I was at the top of the hill in life and I started going down. Human nature tends to have ups and downs, but there is always a time when humans are at their highest points in life, but one thing can shift them off point. In the middle of the semester, I was doing really well with great grades but a tiny mishap in one of my classes brought my whole grade down and I was so focused on bringing that grade up, that my other classes started to fall as well and I was going through a slow and painful downfall, but the album shows that it does happen. There are times when you fly too close to the sun, but you learn from these mistakes. This album brought an emotional rollercoaster as the songs got more and more dark. The lyrics went all the way from “ Anywhere you go/ Round the universe/ I’ll be there”  to “ When you need me the most, I will turn you down”. It brings inspiration as it proves that everybody has downfall at one point and the story narrating the downfall really speaks to the listener.  The romantic entanglements bring the rosy mood, but the album takes a turn and the sweet romance within is lost, and destruction and ruin is brought, where downfall is experienced. He explicitly explains the Greek mythology story through music and romantic lyrics, therefore naming the album Icarus Falls. 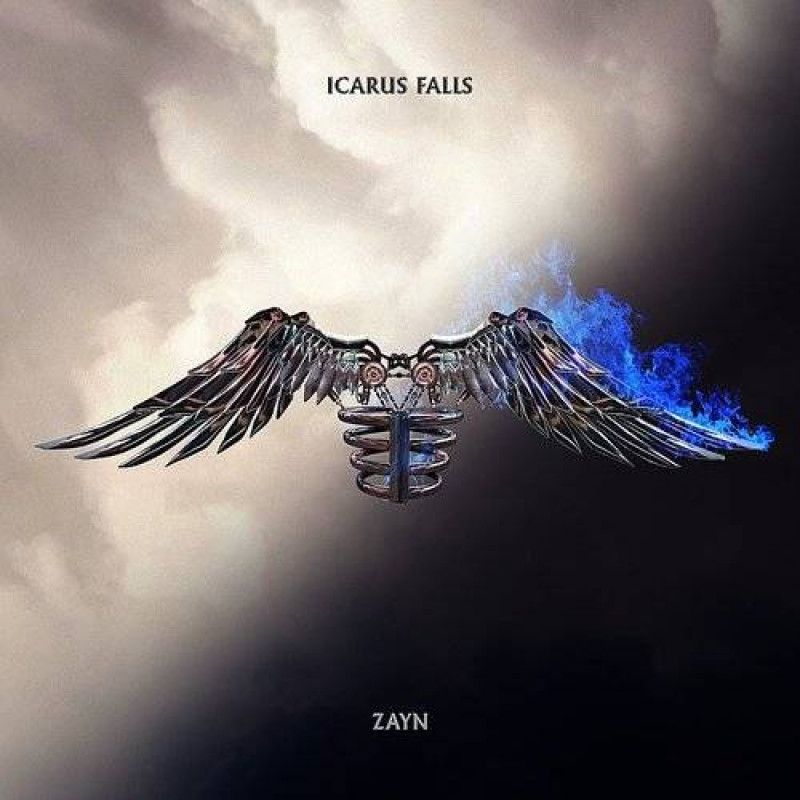 I wrote this piece to show that albums are not just forms of music to listen to, but each song has its own inner beauty and speaks a story that instills different emotions. Everybody experiences downfall, and this album brings out that feeling, except as the singer goes through downfall, it’s almost like the listener can feel the destruction as well and it inspires the story that anytime, people can fall, and that's just a part of life. Albums tell stories, and stories bring feelings and emotions. I wrote this piece because I was inspired by the story within and wanted to write about the message shown over the case of 30 songs because there is so much more in this album like the different emotions intended to be showcased and the story shown in this particular album.