Favorite Quote:
If you want to date people, go to college. If you want an education, go to the library. - Frank Zappa

Their ability to genre swap is present in all of the songs off of their self-titled debut album. Mr. Bungle is a band that was formed in 1985 in Eureka, California while the members of the band were still in high school. Members of the band at the time were vocalist Mike Patton, guitarist Trey Spruance, bassist Trevor Dunn, drummer Danny Heifetz, Alto Saxophonist Theo Lengyel, and other Alto Saxophonist Clinton McKinnon. Their self-titled album was released on August 13, 1991, just a month and some days before music acts like Nirvana, Red hot chili peppers, and Soundgarden released groundbreaking albums on September 24, 1991, and helped alternative rock become mainstream. Classifying Mr. Bungle’s debut album is very hard cause it’s all over the place, so I’ll attempt to break down all ten songs off of their debut album.

The 1st song of the album quote-unquote(originally called Travolta) is an unnatural metal jazz fusion filled with weird sound effects that hits hard. For the first 0:32 seconds, you hear nothing but snoring but at 0:33 you hear some glass break and then the musical madness ensues! Sadly I don’t know what this song was about and can’t come up with anything except high on drugs.

The 2nd song Slowly Growing Deaf starts with a short but happy sounding instrumental that lasts for 4 seconds in the beginning but comes backs 3 more times during the song. The bass tone, along with the drums and guitar sound so beautiful in the cheerful part of this song. After the four seconds of cheeriness, the mood changes to a dark and depressing tone and it’s spectacular. Mike’s vocal on this track is outstanding! The grimness ends around 1:33 and it goes back to that beautiful cheerful mood in the beginning and when the song reaches 1:44 the tone switches to a doo-wop beach boys vibe and I love it a lot! Then it goes back to “normal” with the beautiful cheerful tone again and then it stops. Then you will hear video game samples thrown in there and then it goes back to the weird type of metal part again and it ends with a sample of 2 individuals using the restroom! I know it’s gross. The meaning behind this one was very interesting. It was inspired by the ironic need to wear earplugs while listening to music and also people’s inability to listen according to their bassist Trevor Dunn. ( source from Wikipedia)

The 3rd song Squeeze Me Macaroni, is a funk metal masterpiece with some hardcore punk and metal vibes thrown in there with a sprinkle of horns saxophones, and weird groans. The music transitions on this song are fricking awesome! I’m pretty sure you can assure me what this song is about.

The 4th song Carousel is circus music with lots of horns and saxophones that switches to surf music and back. This one is filled with lots of weird noises and a sample of an Announcer at some carnival tells people to hurry and ride the carousel. The song’s main focus is about a Carousel with some lyrics mentioning their record contract with Warner Brothers at the time and clowns. I find it pretty fascinating and funny.

The 5th song Egg is 10 mins and 39 seconds long!! This one I consider to be one of the harder songs from this album to listen to cause its genre swaps every so often. Swapping from ska/funk/metal/surf it’s so in your face, I appreciate that about this band a lot :) There are some references about the Wizard of Oz and I find that very interesting. Also, Mike’s vocals on this track were all over the place and it’s beautiful.

The 6th song Stubb A Dub is a sad song about guitarist Trey Spruance’s dog dying. When his dog died Spruance refused to believe his dog was dead which is shown in the lyrics and the music until at the end of the song the character of Trey and his dog who Mike were singing about finally comes to term with his dog being dead. It’s a sad realization. The beginning of the song reminds you of a funeral and then it Switches to some weird circus underground and the music gets harder and faster and then it calms down and sounds like something you would have heard at a jazz concert or something.

The 7th song My Butt Is On Fire is another one of those “high on drugs” songs, with the metal and horns instrumental giving you something to wonder about. I can’t make heads or tails about the lyrics besides Mike singing about his butt on fire but it’s an outstanding song either way.

The 8th Song is very descriptive about certain topics that I won’t talk about cause it’s very gross and disturbing. I won’t even say the title of the song. I appreciate the music behind it though. It starts as hard rock then jazz and funk and the cycle starts all over again.

The 9th song Love Is A Fist is a weird song about Domestic violence and the samples in this one are very annoying and funny. The music is just some metal and horns together.

The 10th and final song Dead Goon is about asphyxiophilia. The music behind this song is very obscure and diverse but very hard to listen to and enjoy. I don’t know what the lyrics were about

I love Mr. Bungle a lot for their genre swapping talent. I have all four of their albums on CDs. I hope I can see them live soon. 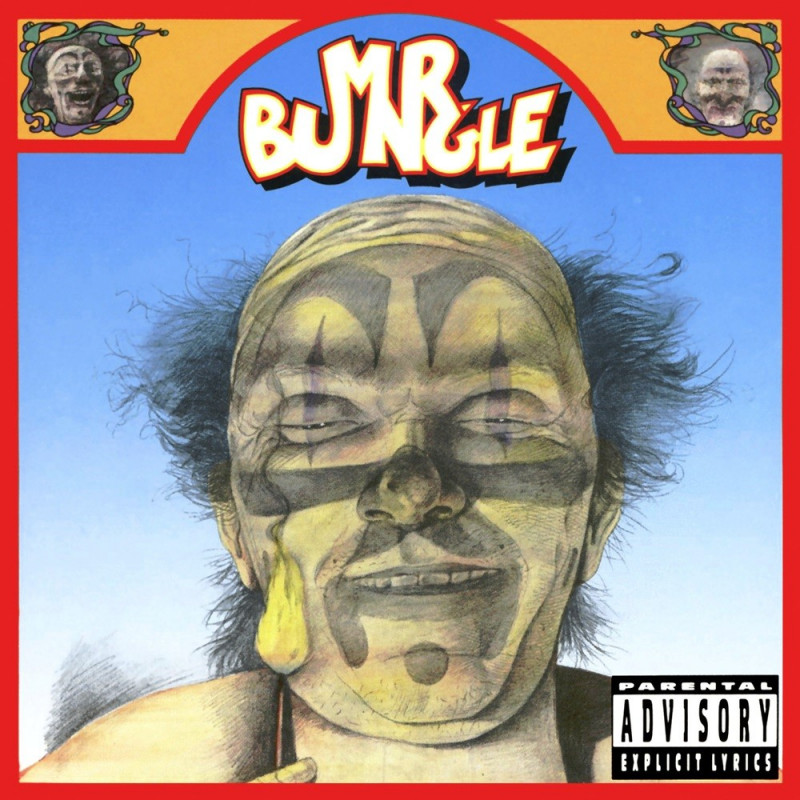 Mr. Bungle is one of my favorite band of all time :)