Live albums normally do not appeal to the public because the quality of the artist's voice is often weak and unfamiliar. The voice that everyone is used to disappears and places doubts as to the singer's talent. “Where the Light Is: John Mayer Live in Los Angeles” is an exception. This album contains the soulful voice listeners know. Mayer's singing is flawless and the only thing that identifies it as a live recording are the thousands of screaming fans in the background. It is truly one of the best live albums recently released.

“Where the Light Is” consists of a mix of popular hits from Mayer's albums “Room for Squares,” “Heavier Things,” and “Continuum,” as well as new versions of classic hits such as Tom Petty's “Free-fallin'.” The songs show a variety of moods.

Mayer is known for his mellow songwriting, but after every technical, fast-paced song, he follows with a calm and relaxing ballad. The two-disc album starts off with the 2001 hit “Neon.” A brief introduction gives the track a unique flavor and a personal connection with the listener. Since this is a live recording, there are unique solos and times when Mayer speaks to the audience; these make this CD special and different from a studio album.

Mayer possesses huge talent in his ability to write down-to-earth lyrics, create intense melodies on guitar, and sing with a voice that has enough soul to last a lifetime. His 10-minute rendition of “Out of My Mind” clearly shows his talents. Listeners can feel the emotion and power in the performance.

There are so many feelings produced by Mayer's music that it cannot be pigeonholed into one genre. Usually artists get their inspiration for an album from an event in their life. Since this is a combination of albums, Mayer sings about different themes and creates a timeline of how he has grown from his first album to his third. 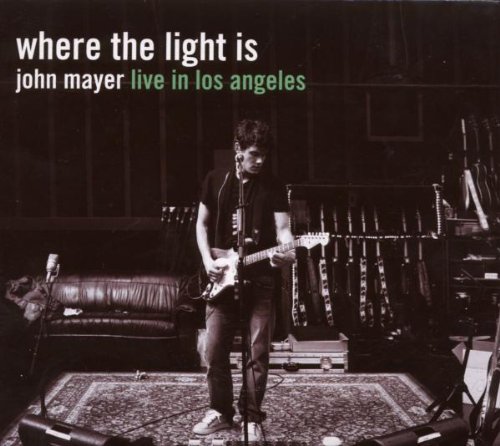