With her upbeat pop sound, Ke$ha was bound to be a hit. Her single “TiK ToK” was released last summer and ­instantly became number one. The song broke records all over the world, so the standards for her new album “Animal” were very high. The 22-year-old got her start working with well-known rapper Flo Rida on the popular “Right Round.” Flo Rida now has a song on ­“Animal,” backed by Colorado ­natives Nat and Sean of the electric rap group 3OH!3.

This CD appeals mostly to young listeners with its electronic beat and raucously ­inappropriate lyrics. The intoxicating sound of “Take It Off” is mesmerizing with its techno background, much like the flirty track “Your Love Is My Drug.” Ke$ha shows her girly side with “Kiss 'n Tell,” a boisterous song poking fun at an unfaithful boyfriend.

The most intriguing tune, “Blah Blah Blah,” featuring 3OH!3, is a humorous look into the methods of male attraction.

Slower tracks make their appearance toward the end of the album. “Blind” is a song you could sulk to after a break-up, saying, “You'll miss me 'til the day you die,” and the revenge-seeking singer name-drops shamelessly in “Backstabber.”

Ending with the title track, “Animal,” the album goes out with a bang. The CD will keep you dancing. I highly recommend you take a walk on the wild side with “Animal.” 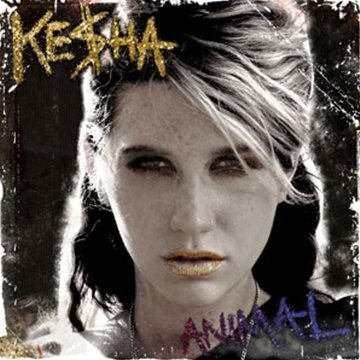 
Buy from Amazon Available on iTunes
The author's comments:
I wrote this for my school newspaper
Post a comment
Submit your own

Favorite Quote:
The best part of beauty is that no picture can express- Loren blake Chosen House of Night serise
mee-uf-ow!- Nala(Zoey's Cat) House of night Books
since when has public making-out become a turn-on for you?- Zoey Redbird

View profile
Ke$shas videos are to graphic for the younger audiences. Take the video for BLOW. She was rubbibg all down her self and that teaches kids what? That its ok to rub up  on them selves on T.V?
kylove GOLD said...
on Jan. 22 2011 at 3:01 am
kylove GOLD, Sacramento, California
11 articles 0 photos 14 comments

Favorite Quote:
"Principles only mean something if you stick by them when they're inconvenient,"
- Laine Hanson (Joan Allen) in The Contender (written by Rod Lurie)

I agree! She really is untalented. ): The music is fun, bouncy, (and sounds like it would be great in this fantastically written review!) but honestly her music is over processed and produced. Can you say Auto Tune?

Not trying to go the extent that some have gone, but she isn't that great of a singer.

I liked your article because you TOTALLY just played up her album so much. If I didn't know any better I'd go out and buy her record immediately, thank goodness I do. Well written and expressed however.

Favorite Quote:
"Zip it, or I'll come over there and zip it for you." -Sandra Bullock, The Blind Side

View profile
I agree with everyone. It'd be nice if we all kept our not so nice comments to ourselves. It'd be very much apprectiated. She is talented, just a little wild that's all. (:
MoonGem BRONZE said...
on Jun. 16 2010 at 4:32 am
MoonGem BRONZE, UB, Other
3 articles 0 photos 25 comments

View profile
These songs all have great beats that just want to make you dance...but the lyrics OMG! I want to cover my ears every time she says things so disrespectful and dirty! Otherwise she has an awesome voice and if only her lyrics were clean....:)
Diana101 GOLD said...
on Jun. 11 2010 at 4:32 pm
Diana101 GOLD, Grove City, Ohio
13 articles 0 photos 107 comments

View profile
Me 2 because she is a good singer, and the music is gr8. A song that isnt so innapropriate would get her some new fans, which is good 4 her. And, even if you don't want to listen to it, people blast TIK TOK across TV commercials and the radio, so its not like the choice is yours... just saying. :)
LaughingGirl GOLD said...
on Jun. 6 2010 at 10:36 am
LaughingGirl GOLD, Ocala, Florida
13 articles 0 photos 49 comments

View profile
I'm reallt not yrying to dis on Tik Tok, but if you really listen to the lyrics, you will be very surprised. I don't think they are very appropirate. Ke$ha sounds like she doesn't have much self-respect, and she is influencing girls from America to sing songs like hers or do things she does in songs. I'm not a fan of her, but the actually music is pretty good! :)
prettygirl19 BRONZE said...
on Jun. 2 2010 at 3:16 pm
prettygirl19 BRONZE, Sardis, Mississippi
1 article 0 photos 9 comments
View profile
All I have to say is "don't stop make it pop, dj turn my speakers up!" I absolutely love this song. With a song like this, the major concern is: does it sound good and make you want to dance? This song definately accomplishes its purpose.
musiclover123 said...
on Mar. 19 2010 at 10:56 am
musiclover123, ., Other
0 articles 0 photos 63 comments

Favorite Quote:
It is cruel, you know, that music should be so beautiful. It has the beauty of loneliness of pain: of strength and freedom. The beauty of disappointment and never-satisfied love. The cruel beauty of nature and everlasting beauty of monotony. <3

View profile
ohmygod just keep your comments to yourself its not cool esp for the writer!!

Favorite Quote:
It is cruel, you know, that music should be so beautiful. It has the beauty of loneliness of pain: of strength and freedom. The beauty of disappointment and never-satisfied love. The cruel beauty of nature and everlasting beauty of monotony. <3

To the writer: This article is great. You're a really good writer and I hope you write some more!
hal434934982 said...
on Mar. 11 2010 at 7:19 pm
She is a horrible singer, her lyrics mean nothing, tik tok was inspired from a time when her and her friends got drunk and woke up naked